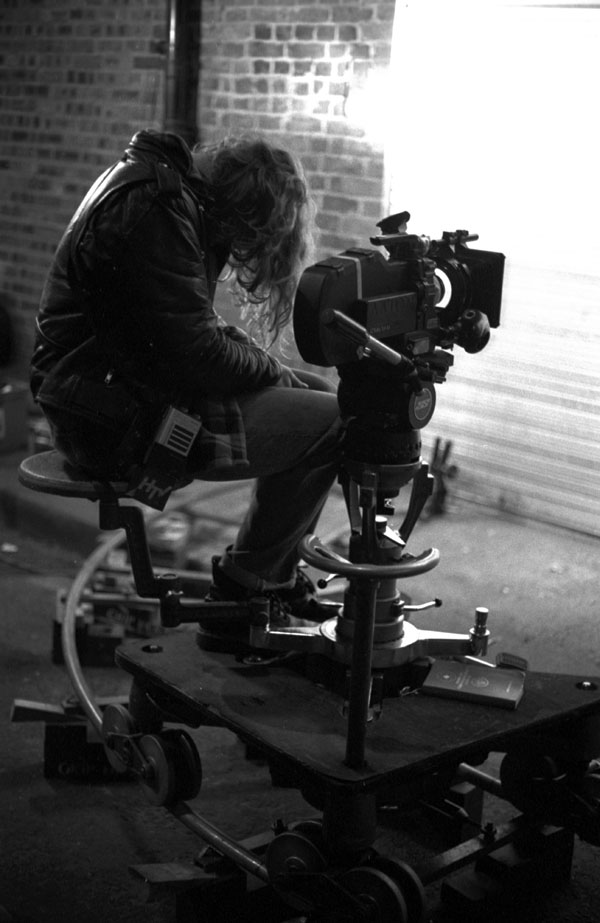 Last week I posted about the camera tests run by Zacuto that I was asked to comment on, and how from my perspective, and certainly for indie film makers, shooting on film opposed to digital) looks like it has had its day. You can read that post here (and watch the fascinating video). The picture above is from ‘The Runner’ (my first feature), with first AD Lisa Harney, asleep on the track and dolly at 3am in February in a Manchester ghetto doubling for Chicago. I LOVE this photo as it captures film making so perfectly.

Almost the day after my post, Twitter and the blogosphere went crazy with a story that film cameras were no longer being manufactured, thus citing a further nail in the coffin of film. When I heard this news, I was surprised as I kind of assumed film camera manufacturing was ramped down and probably ended half a decade ago.

You see, the one HUGE difference between a film camera and digital camera is that film cameras will probably last 50 years. They are largely mechanical and compared to digital cameras almost completely free of electronic technology. The first feature film I made was shot on a camera that was made ten years before I was born, and I am sure it was used many years after I used it. The electronics consisted of a battery to drive the motor. That was it!

So in practical terms, the fact that film cameras are no longer being made is not that big a deal. I am certain a very healthy industry in expert film camera servicing will flourish for years to come as these cameras continue to shoot cracking movies.

One other thing to consider, camera rental houses that own film cameras have probably paid off their film camera purchases many years ago (unlike hugely expensive digital cameras with short shelf lives). So in real terms, the investment these companies have sunk into this kit has been repaid and the cameras now cost very little to own and operate, just a bit of shelf life and servicing. This means more competitive deals can be haggled by film makers! The same is true of the film manufacturers. So maybe, film isn’t dead at all…?

We live in turbulent and paradoxical times!

Avoid the fetish of 'kit' and allow your creativity to flourish
What if Joker had been made in the 70’s? MidJourney AI Is Getting Out Of Control
'Ghost Girl', terrific short from the Isle Of Man, shot on Canon 5D MkII
The Final Cinema Version of 50 Kisses Is AMAZING!
Lessons Learned On A DSLR Drama Shoot... Day 2 Wraps
What is happening now is less interesting than what may happen next
How to land a primetime BBC1 TV series with NO past credits