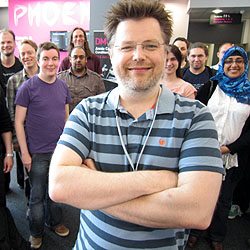 Just a quick heads up, I have extended the early bird deadline for the Guerilla Film Makers 2 Day Masterclass (Feb 18th / 19th) . Up until Friday this week, you can get your delegate pass for under half price at just £65.

You can get your pass here…
http://www.guerillamasterclass.com/ 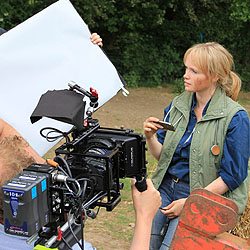 So what is it and why come?
Above all, it’s about the truth. If you know me, you will know I don’t dress things up. Film making is a difficult struggle already, the last thing anyone needs is a bunch of myths that will keep you stuck in a cycle of frustration and failure.

On a practical level, it’s ‘everything you need to know about making your first feature film, with the resources you have right now’, crammed into two immense days.
Film making has changed forever 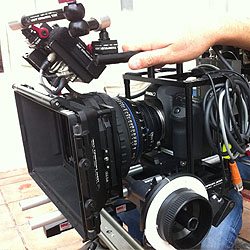 We can now shoot stunning images with DSLR cameras. We can edit at home with Avid, FCP or Premiere. We can distribute without middle men using ever evolving tools. We can connect with audiences directly, creating relationships beyond the single film. Finally, we are in control.

All we need is a great idea, the guts to pull it off, a small team of dedicated creatives and a little know how…

The Guerilla Film Makers Masterclass is all about helping you connect with other filmmakers so you can assemble your team, as well as sharing that vital ‘know how’ so that YOU can get YOUR movie made in 2012! Not one day, someday… but now! 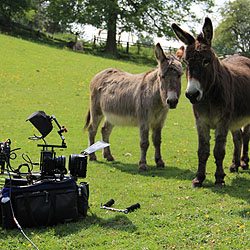 So… I promise that the weekend will enormously accelerate your knowledge, passion and relationships to the point where your film will change from being a possibility, into an INNEVITABILITY!

Don’t take my word for it, read hundreds of comments from 2011 here…
http://www.guerillamasterclass.com/feedback/

Looking forward to seeing you there!

A Masterclass In Microbudget Film Making - Interview with 'Paranormal Activity' writer and...
How The Guerilla Filmmakers Masterclass led directly to my first feature film: You can’t c...
Guerilla Filmmakers weekend masterlcass a success!
One filmmakers success story - crowdfunding, crewing and Cannes at the Guerilla Filmmakers...
How to produce your movie: Ted Hope and Christine Vachon at AmericanIndependentsDay.com
What is the best way to get strong performances for your film?
Want to make successful movies? Free one day seminar online now…