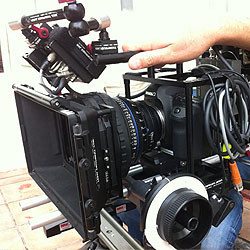 Do you need funding for your film?

I don’t mean it as ‘hey listen to me ‘cos I can tell you where the money is’.  I mean it as ‘do you actually need as much money as you are trying to find?’

The reason I ask is that so many filmmakers are stuck in the funding trap. Chasing the carrot of possible funding on the horizon… there’s just one more form to fill in… just one more meeting to take…

Filmmaking is evolving at an unprecedented speed. All aspects of production, financing and distribution are changing daily.

And you are on the crest of this new wave. There has never been a better time to be a filmmaker… So forget the old rules! They never worked for us anyway!

There is money and resources out there, but what attracts it to your film in 2012 is not the same as what worked in the past. Great ideas, cool casting, killer pitches and amazing web presences are all part of the deal, but taking massive action trumps them all.

So where do you begin? 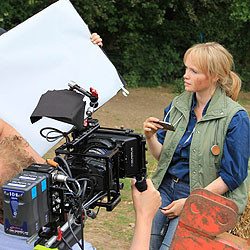 Set a date for the first day of shooting right now.  Don’t think too hard about it. Just do it. Then announce it to the world. Then follow through on your promise.

Making that genuine commitment to your movie and your career is the hardest part. The rest is easy. Well kind of ;o)

The Guerilla Film Makers Masterclass will powerfully step you through the whole process, from concept through completion, distribution and beyond.

Crammed with massive amounts of real world, hard won lessons, the masterclass will prepare you for the thousands of problems that face you as a filmmaker on your own journey.

It will also connect you with hundreds of creative and entrepreneurial collaborators – directors, actors, producers, editors, DPs, marketeers… and already there are a pile of productions that were born out of collaborations made at the Guerilla Film Makers Masterclass 2011.

Don’t take my word for it, read the hundreds of five star reviews for the masterclass on the official site here… (and it really is hundreds!)
http://www.guerillamasterclass.com/feedback/

In the past the masterclass used to cost £235, but last year I made an effort to make it affordable to every filmmaker. So now, with the discount code FILMING2012, it’s just £85 for the two days.

Get your pass here… (use code FILMING2012)
http://www.guerillamasterclass.com

If you still want to hold onto the old rules and keep chasing that carrot, got for it.

If you choose to make something extraordinary with the resources that you have (remember, you have more than you think – and when you start your journey, more will find you)…

If you choose to embrace the brave new world that we are living into every moment, then buckle up baby, and sign up for the Guerilla Film Makers Masterclass.

Believe, and it’s going to be one hell of a ride!

It’s the only time in 2012 I will run it, so take action now.
http://www.guerillamasterclass.com/

See you in February!

After years working in the real world finding my life rushing past me faster and faster, i...
Final Feedback from 10 year old Guerilla Filmmaker Holly Jacobson!
Dragons, Reapers and Guerilla Filmmaking: Turning Writer to Director With My First Short ‘...
One filmmakers journey… how we met at the Guerilla Masterclass and went on an extraordinar...
Networking With Film Makers… how do you do it?
How to get MASSIVE results when you ask for help for your movie
How to shoot your movie on Oxford Street (or other ridiculously public location)

6 Responses to Do you need funding for your film?