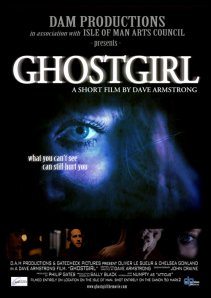 I first saw ‘Ghost Girl’ a year or so ago when I was invited to the Isle Of Man to talk to film makers. I was present at the world premiere when it was screened off BluRay, and it was the first time I had seen 5D footage properly projected. And it looked awesome. This was the moment when I truly knew it was game over for shooting film (as in film stock) on indie productions. Sure the 5D looked slightly different, yes it had severe limitations, but blimey, it also looked stunning.

The sensibility, tone and themes of the film really resonated with me too, and in many ways it’s a masterclass in emotional film making, not to mention micro budget methods – minimal cast, minimal locations (all accessed through the film makers personal network and never more than five minutes from unit base). Stunning.

4 Responses to ‘Ghost Girl’, terrific short from the Isle Of Man, shot on Canon 5D MkII