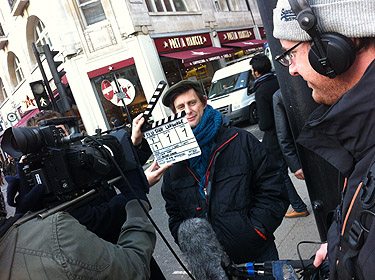 Are you breaking the law by running a Crowdfunding campaign and not declaring your income?
Five Important Lessons that I used on my feature film 'The Journey'
A great example of a Crowd Funding campaign email…
Veronica Mars on Kickstarter – is it good news for indie film makers?
How to kill your film dead: Terrifying case study and free resource
Screenwriter and LSF'er Gabriella Apicella on her project 'Honest Lies'
Do you need funding for your film?
CrowdFunding 101, ‘The Urn’