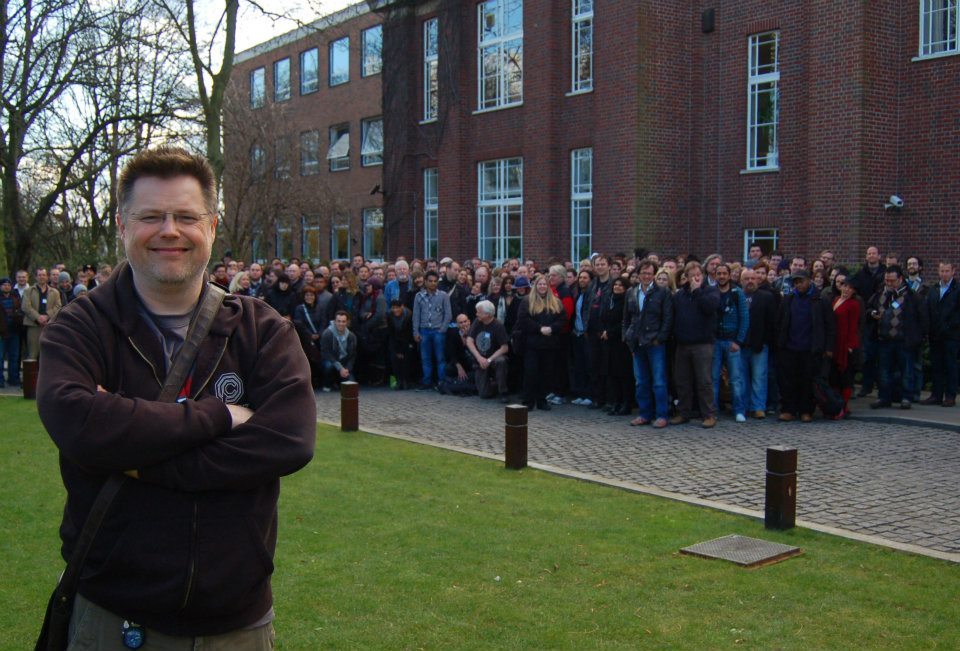 It’s hard to put into words what I get out of the Guerilla Film Makers Masterclass.

For me, the experience is exhilarating, challenging, moving, humbling but ultimately focussing…

You see I may be the guy on the stage, but I am really just the focus for the passion, enthusiasm and creativity unleashed by 350 film makers for two straight days!

I love it, and even now I still need peeling off the ceiling! 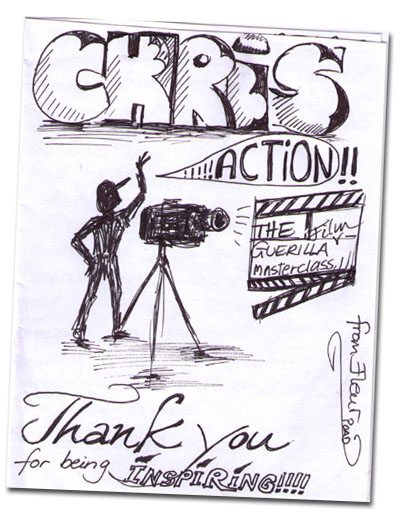 Blimey… But as ever, I am looking to improve the Masterclass for next year, and so I also asked delegates what they thought (and yes I agree 100% about the coffee shop, we will get that sorted for next time). Here are a selection of some of the other improvements suggested… some we will action, others perhaps not!

‘I can only just about cope with what’s coming at me now, please no more!’
Will Hopkins, Filmmaker
We say… that’s how we like it!

‘Put peoples roles or jobs on their name cards’
Tito Sacchi, Director
We say… Great idea and we will do that next year

‘Do it over three days’
Tom Kerevan, Writer
We say… we would love to Tom and have had this thought for years. Maybe next year we will trial this idea and see how people respond.

‘Can we have a map of the venue?’
Jai Rajani, Writer / Director
We say… yes, we will make that happen

‘Speed dating to aid networking’
Medhi Benali, Filmmaker
We say… Yes, we have that in the works for next year already.

‘Handouts…’
Raj Pathak, Director/Producer
We say… Yep, we would love to, but we also are committed to saving the planet. Handouts would also mean ticket prices go up to cover the extra costs. We have made PDFs of everything relevant and added to the network too.

‘Live twitterfeed projected throughout…’
Paul Andreton
We say… We tried this (so great minds huh) but there were complaints that it was very distracting, so we will keep it as it is (so yep, fools seldom differ) 😉

‘free drinks!’
Catarina Oliveira, Filmmaker and editor
We say… are you buying?

Thanks SO much for all your thoughts and comments. I haven’t even looked at Facebook, Twitter and for blogs.

Networking With Film Makers… how do you do it?
A Masterclass In Microbudget Film Making - Interview with 'Paranormal Activity' writer and...
Make YOUR movie NOW… Guerilla Filmmakers Masterclass 2015
Richard Holmes Advanced Producing Tweets... what an awesome day!
Top Ten Microbudget Tips: With a crew of 2 and budget of £500... what can be achieved? Jaw...
Wow! Well that happened! The Guerilla Film Makers Masterclass
A night at the BBC… With Kim Newman and Roger Corman