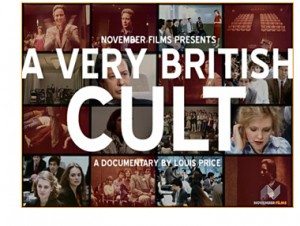 My good friends James Collie and Leilani Holmes’ crowdfuning campaign for their documentary, A Very British Cult, ends today – click here http://www.indiegogo.com/A-Very-British-Cult. I asked if they could share one insight they have had during their campaign. It’s sounds simple, but the solution is anything but!

I’ve only done a couple of crowdfunding drives so far, but my top tip for making a success of them is not only having an interesting campaign with a range perks that are both fun and useful to people, but to then drive traffic to the indiegogo page so that people can see them and choose to back them.

Getting people to part with their money, their actual cash that they worked for, is a process. Advertisers know this, and that’s why they spend millions on elaborate campaigns to capture the imagination and clearly direct people to where they can spend. The balance when crowd funding is to find that interest and frequency without becoming a complete bore or getting the begging bowl out.

In truth, I know from personal experience what a rewarding process it is to be a backer of independent film projects and how much in terms of experiential value you get as well as the cool perks that turn up in both the virtual and actual mail boxes. But in order to select good campaigns I have to get interested in them in the first place. And when asking people to get involved I want it to be great for them too, that it’s something they do for themselves to give themselves a fun film related experience that will add value to their lives. That’s why we spend money right? For the good things. I like to think of it as a magazine subscription.

Traffic comes mainly from social media and from the Indiegogo site – using the share tools is important to raise the profile of the campaign. The frequency of interesting tweets with links to the page is also vital.

The way it seems to work is that it takes people seeing tweets quite a few times before they get interested enough to click the link and see if it’s for them, then they may need to think about it so they will need to see the campaign again to remind them they were interested and to get them to click, to watch the pitch, to see if there are perks they want… and finally to part with money that they worked hard to earn.

There’s lots of competition for that money so the process of backing a film needs to be rewarding even before people put their money into it.

You need to reward people for looking with a good pitch video, with other things they can see and experience so they know what the process of being a backer of this film will be like.

Then it’s a numbers game in getting the information out there in a way that people find too interesting to just ignore in a fast running tweet stream. The more people working to share a campaign and input into it the better, and the more backers you have, the more people share and get behind the campaign.

Backing also comes from the circles you’ve built, so your backers become your advocates, and it can spread from there. If your circle trusts you they will spread your campaign into their circle and you’ll reach new people.

In terms of success, that balance of traffic and trust without being tiresome is what crowdfunding is all about.

Thanks Leilani – and a reminder, Leilani was one of the first Gone Fishing backers, way back when crowdfunding didn’t even exist!

Are you breaking the law by running a Crowdfunding campaign and not declaring your income?
Veronica Mars on Kickstarter – is it good news for indie film makers?
How To Crowd Source Your Movie Poster Design... run a competition!
The four principles every creative needs to use when asking for help for their project: Wh...
How To Make a Killer Crowdfunding Pitch Video
5 Tips On Making Your Crowdfunding Campaign Stand Out... Guest blog by Lucy V

One Response to Is the success to a crowdfunding campaign just down to foot fall?