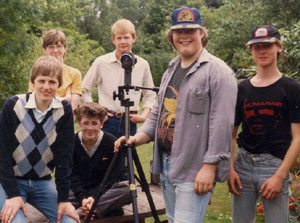 So there I was in a geology class, when it hit me…

I want to be a filmmaker.

Now this is back in the day when there was no internet, no books on filmmaking, no DVD chat tracks… there were just movies that were made by wizards, and the very, very occasional hour long gold-dust-documentary about shooting an Indiana Jones or Star Wars film.

In short, if you wanted to make movies, you had to figure it all out yourself. 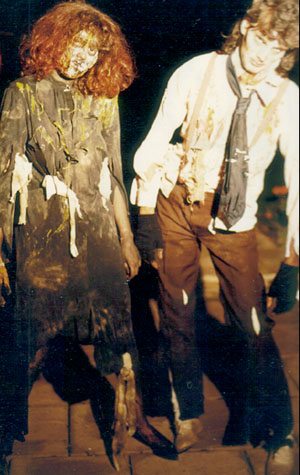 My decision to peruse filmmaking was based on the previous summer when I had made this film (above) on Super 8mm, with my pals as zombies, shot in my parents garden and woods in the back. It was SOOO much fun, I just couldn’t see myself being happy doing that thing I was supposed to do, study Geology to PHD level.

Nope, Zombies were my new passion.

My announcement that I was going to be a film director was met with a degree of scepticism. After all movies were only made in Hollywood, and as I said, crafted by wizards. But I did have complete support from my mum and dad, and that was crucial.

Necronomicon is clearly a homage (actually an attempt to copy the best bits) of my favourite movies of the time. You can see lot’s of Evil Dead, The Fog, even Michael Jacksons Thriller video.

I was making this for myself, for the fun. I never really thought it possible anyone else would want to watch it. Even more impossible was the idea that one could have a career in filmmaking. How the world has changed.

So here it is (above), my first movie, shot on Super 8mm and edited by hand. The soundtrack was even played live at performances as there was no way to sync sound available to me.

So looking back, what did I learn making this film? 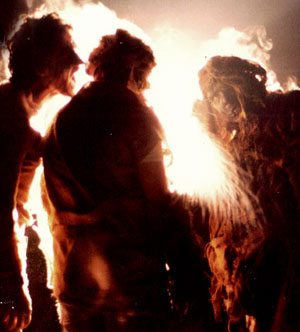 Script, Acting, Lighting and the rest!
It seems unbelievable now that it never occurred to me to write a script, that my pals were gifted enough to act and that lighting was no more than pointing a floodlight. Still, it did all come together – the message is, no matter what your available tools and experience levels are, take action. The results will surprise you.

The glamour of film
I was amazed at what people would do for me in order to be involved. The would happily work in the dark, in the rain, in the cold… and always with an excited grin. Granted, I did lose a few stragglers along the way, but the core group stayed as long as they sensed (rightly or wrongly) that I knew what the hell I was doing! I didn’t, but I thought I did, which is what counted. 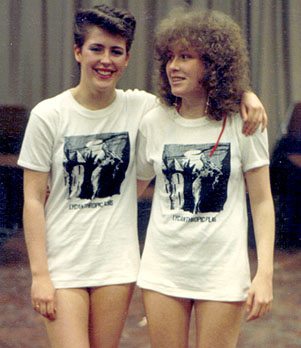 Fun
The more fun the idea of the filming, the more people wanted to get involved. I personally chimed in with this, and it’s why I have found myself at odds with arthouse, pretentious, sincere and deeply serious films and film makers. I now recognise that this is what is important to them, and that’s fine. I just don’t want to be around it. It’s no fun.

How long?
I can’t remember how many reshoots we had, but it was enough for my mum to recall it pretty much every time I go home. Yes there were extended times of crew camping in the back garden, of near woodlands being lit up at 3am and freaking out neighbours… but you see, it all took so much longer than expected. That was a BIG lesson. 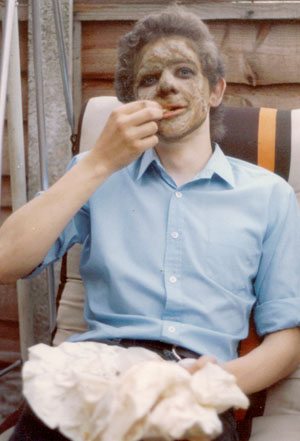 If you try and you fail…
… you will at least learn TONS!

The film was a massive success for what it is, getting several repeat performances, selling T shirts, even spawning a directors cut with added new footage.

But it had many technical limitations and I set about correcting them for my next film, and overly ambitious horror movie about the ‘end of days’. Set in Wigan. Ahem. You have permission to giggle.

Play the sound loud…
In a horror movie, it’s the sound that gets the audience, not the pictures.

I learned the louder the soundtrack, the bigger the jumps, the more the girls screamed, the more the boys had permission to hold onto them… and the more tickets I would sell for the next performance. 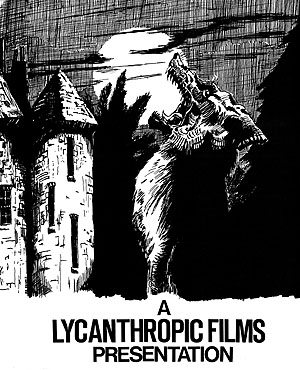 Willing suspension of disbelief
Creaky acting, dodgy camerawork, ridiculous plot… none of it mattered as I had created the environment for people to ‘willingly suspend their disbelief’.

Everyone knew this was an amateur film made by movie buffs, but they still went along for the ride, and they loved it!

This agreement all began with the title, poster and casting… and the tag line ‘the ultimate in 8mm horror…’ I learned that ‘believable’ and ‘I choose to believe even though it’s nonsense’ are two different things. An audiences willing ‘suspension of disbelief’ is fragile for sure, but if respected by the filmmakers, it’s also maintainable with the most meagre of budgets. 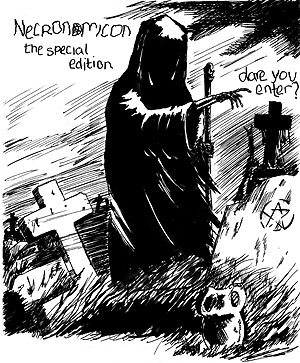 Marketing
I was quite skilled with ink and paper and so created a poster campaign that ran for several weeks in my school.

I wasn’t really aware of just how much excitement this campaign was stirring up, but I became aware at the lunchtime premiere when a thousand students all paid to see the film. Result!

The moment EVERYTHING changed for me was after the premiere when I looked in the cash tin and there was over £100 from ticket sales. I could now make another movie. And it was that afternoon, sitting in my Geology class that the direction of my life changed forever. I was going to be a filmmaker.

PS – If you liked this post, you will alos like the one on a Horizon Documentary from the eighties – check it out here http://www.chrisjonesblog.com/2011/02/how-to-film-the-impossible-the-moment-everything-changed-for-me.html

And it was all going so well... Or was it? Filmmakers, Screenwriters, Creatives... Are you...
Watch a truly innovative short film that will open doors for filmmakers
LSF’14: Commit now as sitting on the fence will get splinters up you’re ass
Listen to the masters, Spielberg, Cameron and Abrams... WOW!
So we got another email from Oscars.org…
And the winner is… report from the SciFi London 48 Hour Film Challenge Awards by guest blogger Tom Worth
Your film is unique – no single solution fits all, the fundamental rule of nu-distribution

11 Responses to My first movie, ‘Necronomicon, book of the dead’