Danny Stack just contaced me with some good news, so I asked him to blog about it… Over to Danny! 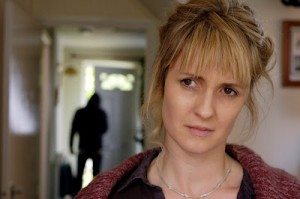 Origin http://www.originshortfilm.co.uk/, my supernatural short film, has just won Best Horror Short at this year’s London Independent Film Festival. It’s hugely satisfying to get this kind of recognition on a project that I have slaved over for the last five years.

I first wrote Origin as a feature film; a supernatural thriller about a vulnerable adolescent who gets bitten by a poisoned animal and the boy undergoes a devastating transformation that tears his life apart.

The first draft of the feature script was completed in a two-week creative rush. I was hugely excited about the idea, and genuinely thought I had something special in my hands.

However, my excitement blinded me to the first draft flaws, and I sent out the script too soon. The result: people admired the writing but weren’t completely sold on the story as it felt like a cross-genre piece.

This cross-genre comment was a fair concern. Tonally, it was something between Don’t Look Now and Let The Right One In. A character-driven horror, in other words (one reader said my script was “Ken Loach does a horror film” which I took as a compliment).

In an effort to convince the industry that Origin was indeed a kick-ass idea, I decided to make a short film version that would showcase the tone, characters and emotion involved. I knew that if I handed my script over to another director, it would become THEIR story, so I decided I’d direct myself (it was also high time I gave directing a full and proper go).

Problem: I didn’t have a clue what to do. Or what I was doing. Luckily, Chris Jones had just uploaded a short film webinar about creating, making and distributing a world-class short film (based on Chris’s experience with the Oscar-shortlisted Gone Fishing). I eagerly signed up, and soaked up Chris’s wisdom.

Origin, the short film, went into pre-production. I shot on Super16mm, got a professional cast and crew together, enjoyed a four day shoot, and had the time of my life. That was the easy part. Post-production was a nightmare and the film took another year to finish. But I finally had it. A 14min version of my cherished feature film story.

Anybody who makes a short film will always feel proud of their work and think that their short stands out from the crowd. I submitted Origin to over 30 film festivals (a hefty drain on resources!), and it got into six, which is actually pretty good going. It didn’t win any awards. That was OK (although I was hoping for something, perhaps cinematography or acting nods) but I got a bit disillusioned with the festival process (not to mention broke!), and I stopped sending it out.

Then, for some reason, I decided to submit it to this year’s London Independent Film Festival. I had heard great things about the festival, and so was pleased that Origin was accepted. I went along to the screening and had a thoroughly enjoyable night (I blogged about it here http://www.dannystack.blogspot.co.uk/2012/04/origin-wins-at-liff.html). I had no clue that I was in with a shout for an award.

Imagine my delight when I was notified that I had won Best Horror Short! I cried. Personally, it meant a great deal, especially as I knew the joy and pain that went into making it, and the amazing support I received from friends and strangers. Professionally, having an award-winning short helps to shine a bit brighter on the film industry’s radar.

So many great short films are being made at the moment (one look at Virgin Media Shorts or Sci-Fi 48 Hour Challenge will tell you the sharp competition that’s out there). Also, because technology is more accessible and affordable, ‘making a feature’ is fast becoming the new ‘making a short film’. But that’s another story. And one that’s next on the Origin adventure.

If you are interested in my online workshop about making a world class short, you can get it half price here… Official site here http://www.gonefishingseminar.com/.

Tomorrow I Fly Out To Finland for the Tampere Film Festival, and maybe the Northern Lights
How Getting Involved In A Community Film Festival Can Inspire You As A Film Maker
The 2 second film festival poll with live results... are they worth it?
Lessons Learned On A DSLR Drama Shoot... Day 2 Wraps
50 Kisses selected for the Rhode Island International Film Festival 2014
Gone Fishing - the budget starts to flow in
Rare archive podcast interview with legendary American screenwriter and director John Hughes
How to begin a career in the creative industries… Or, how to reboot an old career in the creative industries.