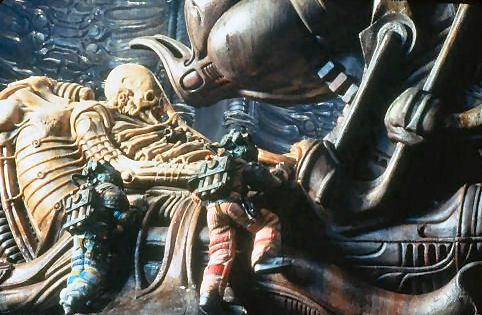 I don’t’ usually write reviews of films on my blog, but I feel compelled to share my thoughts on ‘Prometheus’. When I was young, one film stood out as THE film that inspired me most, the one that convinced me I wanted to be a filmmaker. That film was ALIEN. I became a little crazy, studying everything I could get my hands on, which living in the North of England (pre internet) was, I can tell you, pretty sparse. Long trips to Manchester’s geek Mecca, fantasy bookstore ‘Odyssey 7’ were Saturday rituals (where I first met editor buddy Mark Talbot Butler too).

And so when I heard last year that Ridley was making ALIEN ZERO, to say I was excited would have been an understatement.

However, from that point on, things started to slide downhill… first rumours spread that it wasn’t a prequel, just something in the same universe. Then it was announced it would be shot in 3D… Gulp… 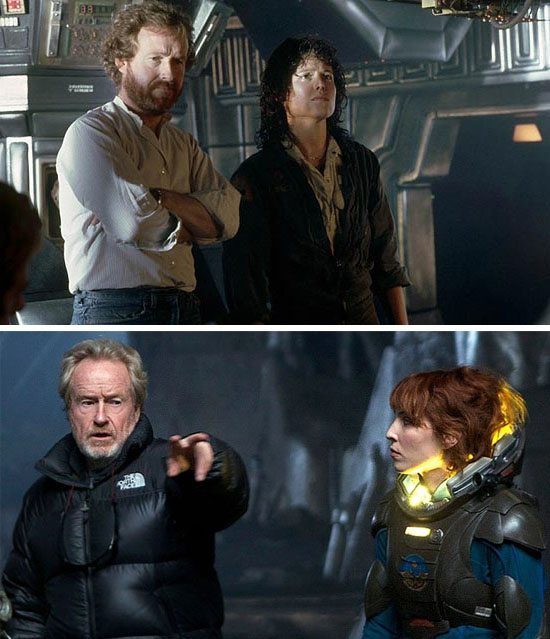 So for the record, YES, ‘Prometheus’ is a prequel. It clearly is, and I have no idea why anyone would think that it’s not.

So what of the film? There is good and bad.

First, very few filmmakers would have the guts to make ALIEN ZERO in the way that Ridley Scott has done – with echoes of Kubricks 2001 and very little nerve jangling tension we loved from ALIEN and ALIENS, ‘Prometheus’ is a welcome gear shift into more traditional science fiction traditions, filled with big ideas and imagery.

The world Ridley creates is, as one would expect, totally immersive and extraordinary, and very much an evolution of the ALIEN univers. The cast all look great too, though I think some of the actors were asked to do too much with too little on the page.

However, for me at least, there were a number of massive missteps.

First was the music. On many occasions it came wafting into a scene and demanded that I feel a certain way. Occasionally it was a laughably OTT. It lacked nuance, subtlety and confidence. I would have taken large chunks out, relying on the excellent sound design instead. Hey if Peter Jackson can change the composer of King Kong just weeks before delivering the completed film, Ridley could do the same too. No excuse here, it’s just poor. 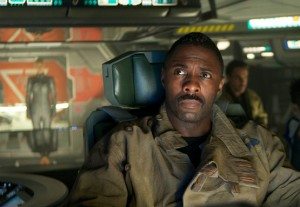 Second was the script. Yes there are a number or large plot holes, and strange story side steps into what feels like another movie. But it was the explanatory dialogue that I found most shocking. I kept saying in my head… ‘Really? Did you just REALLY say that?’

It had the feel of a first draft script, or a lunch time rewrite to fix a problem. Maybe this is what it actually was, but I expected more from the combo of Ridley Scott, the ALIEN franchise and umty thrumpty millions of $$$. Really, it felt like first time indie film screenwriting or a studio taking over from a lesser director.

PLOT SPOILER START
… Lines like (paraphrasing from memory here…) ‘I figured it out, it’s a weapons dump, I aint never gonna let that get back to earth ‘cos them aliens  have clearly set their ship on autopilot to send it back to destroy us all…’ and ‘(long meaningful pause ) …father…’ and ‘I am barren, I can’t have babies’ and ‘we’ve just found a single life form on this long dead alien planet, shall I take a look?’ – ‘sure knock yourself out’…. Jeez. Really?
PLOT SPOILER END 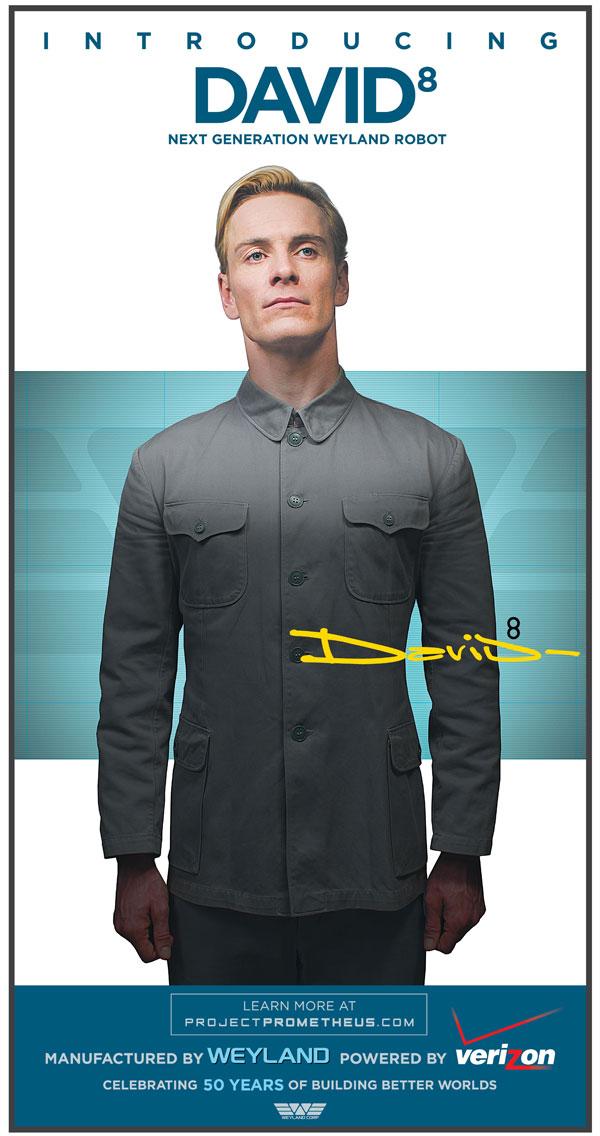 The character of David, the synthetic human played by Fassbender (in the tradition of Ash and Bishop), was also a missed opportunity. While he was excellent, his character could have been forced into more difficult situations, given that he had state of the art first generation artificial emotions – what would have happened had there been a Sophie’s Choice moment for him? Alas, he just followed his routine, programmed by the big evil company.

The final moments could have also brought us full circle back to the 1979 ALIEN movie. Instead we got a strong pointer in the 1979 ALIEN direction, but in terms of audience satisfaction, I felt was a missed opportunity. Again, I don’t understand this resistance to acknowledging ‘Prometheus’ as a clear ALIEN prequel. Strange. (though I hear rumours of more ‘prequels’).

There are many story threads unanswered too, knowingly so. This is a choice and I didn’t really mind that, though I suspect it will annoy some people.

I could go on about all other manner of niggles too, but I think I will leave it with just the big two – the music score and the creaky explanatory dialogue that was written on the back of the script over coffee.

On the flipside, I did enjoy it enormously. It takes third place in the ALIEN franchise, behind ALIEN and ALIENS, and is way ahead of ALIEN 3 and 4 and the embarrassing AVP movies.

It’s admirable too, filled with ambition and ideas. Ultimately though, ‘Prometheus’ is good, not great… and we all wanted it to be great. 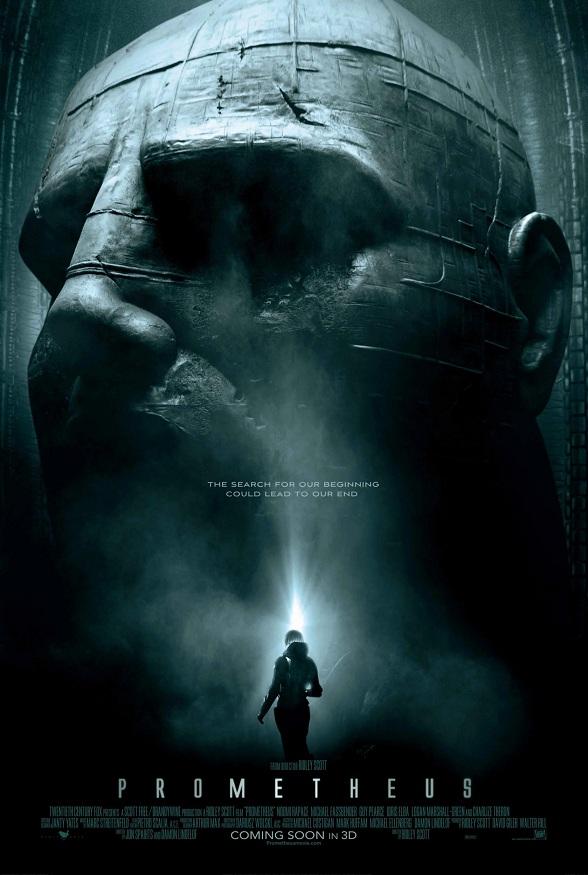 Will I see it again? For sure, I will be buying the Directors Cut BluRay when it finally arrives – and knowing Ridley, THAT cut will probably make a much better movie.

Failing to plan is planning to fail... Film making success lies in pre-production
Whenever you feel like giving up, remember... Victory is close
Screw it, let’s do it! Top thirteen reasons why you should NOT wait to get your movie righ...
I started making films at the age of 64… Guerilla Filmmakers Masterclass
Get a ton of filmmaking tips, tricks and articles every day
The success of your film depends on you dealing with distribution BEFORE you make it
Why are some film makers resistant to getting involved in distribution?