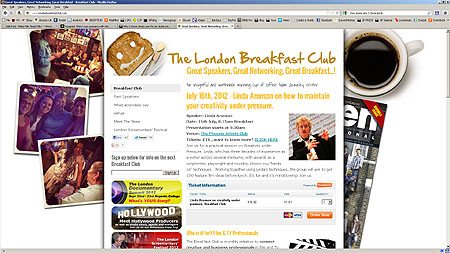 Are you getting overwhelmed by web maintenance? Or are you not moving forward as you don’t know web developers or worry about security?

Building a new site, deploying it and then updating is hard enough, but what happens when you suffer a catastrophe? Unless you are techy, or if you are lucky and have a pal you can really lean on, you may find yourself in a world of virtual pain.

This happened to me a few months back when my blog was hacked by a fundamentalist religious group. They had found a WordPress vulnerability and exploited it. I am seeing this more and more now as people embrace the amazing power of WordPress. But I have personally found WordPress to be a long way from bullet proof. In fact, it tends to fall over quite regularly, plus the temptation to add lots of cool plugins increases the chances of a serious vulnerability many times over.

And so I am starting to change my mind about one fundamental principle of my web presences.

I am moving away from self hosted and self built, back to a paid services that take care of management, backups and security.

Of course, no single solution works for us all, BUT when I am asked which services or products I use (or would use if I were starting over), what would my advice be?

I used host my blog on TypePad.com which I found restrictive – I paid for the privilege too, something like $10 a month. I was eventually seduced over to WordPress and I am glad I made the move.

But… in the four years I was on Typepad, it never once fell over, nor was I hacked. WordPress on the other hand, well it falls over and I have been seriously hacked once… Filmmaker Danny Lacey echoes this concern as he tried WordPress, then moved his entire website away from it because of the ‘leaks’.

So if you are not techy but want stable and secure a blog, I would pay for a Typepad account. I wouldn’t use a free Blogger or WordPress account either as to my mind, you are getting the worst of both worlds. No tech support and no personalised domains. Pay the extra and get the security of knowing human beings will deal with your issues.

What about your websites?
I also used to codes my own Website, but after I got spectacularly hacked a few years ago, I searched for a cost effective online system that allowed me to build a website quickly, and one where THEY took care of security and backups. I found www.Jimdo.com and I LOVE it. I can now build and deploy a site in well under one day… here are a few I built over the last few months… Each took less than a day to build (though I do update them regularly).

For sure, they all have a similar layout, look and theme.

That’s part of how I am able to deploy a site so quickly and efficiently. I have also built sites for other people too, then handed over the website ‘keys’ and then they can update and maintain it… for instance Gen’s Hollywood Field Trip site was built quickly by me, but is now managed 100% by her…

Check it out here… http://www.hollywoodfieldtrip.com

So if you are thinking of building a website and don’t want the hassle of developers and the worry of backups and hackers, I can thoroughly recommend Jimdo. Give it a whirl, it’s free to try out (UPDATE – Jimdo have given me a discount code so you can get 10% off if you use the code  GUERILLA13 ).

It also has a built in shopping cart system, email service and a bunch of other very cool things.

PS – I also wrote a blog on Jimdo sometime back, with more detail on what it offers… read it here.

UPDATE – I als0 have a few WordPress sites which have all failed on occasion, or have been hacked. Either way ,I needed to fix them, something I am not good at nor do I need the stress. Jimdo being a hosted solution means THEY need to fix it if there is a problem. This is now my main reason for sticking with Jimdo.

UPDATE – Jimdo have given me a discount code so you can get 10% off if you use the code  GUERILLA13 ).

UPDATE – Jimdo now has an iPhone and iPad app so you can edit on those more portable devices. Cool!

Which email service should YOU use to stay in touch with your group?
The complete guide to UK film distribution for indie filmmakers
TEDxEaling… ideas worth spreading