We often think of documentary filmmakers as being activists, talking issues such as injustice, crime and global warming. Martin Grant went a full 180 on that, want back to his childhood, and has made an EPIC love letter back to ‘Airwolf’ Here’s his story… 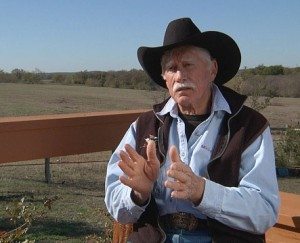 Preparation is key. Famous three words. And for most of the time, that’s been the case. I began work on this in September, 2010. My final year at Film School had started, but the timetable was sparse at that point. It meant I was doing nothing for quite a while, except showing up at lectures. So I thought I’d fill the gap and keep myself occupied by putting together the project I’d wanted to do since my late teens; produce and direct a special documentary on my favourite television series. This was something Universal, the studio that produced “AIRWOLF”, hadn’t opted to do for the DVD releases. So, I set out to do it, but from a dual perspective. That of a passionate fan and a professional producer, so it could at least go on the CV.

I prepped the shoot, which took place in the US. 4 weeks in LA, and a final week in Oregon, Texas and Massachusetts. The whole trip was financed from part-time wages, and with a little help from the family, I gathered a decent budget. The cameraman was a fellow fan, and agreed to do it for a deferred fee, though I covered all flights, accommodation, car hire, etc.

The problem and “learning curve” I came across was, since I’d lined up quite a number of interviewees (39 in total), (I wanted to produce the most in-depth retrospective on a TV production) there were times when I was racing to prepare the questions. I hadn’t left myself enough time. After a while, I had a template of regular ones, which only required a few tweaks to suit the role of the person we were interviewing – but what I should have done was write everyone’s questions BEFORE I’d flown out.

I learnt that if you really want someone on-camera, you’ll find a way to “get” to them, even when they’ve declined. This happened with Donald Bellisario, the creator and executive producer of the series. Don went on to helm “Quantum Leap”, “JAG”, “NCIS”, and in tandem with “AIRWOLF”, show-run “Magnum, p.i.” (he co-created it). When I approached him via his assistant, it was a firm ’no’. I was put in touch with his son, David, through another source and I emailed him saying “have a word with your dad, let him know what I’m about, where I’m going with this, and how it’ll turn out”.

He did, and not long after I got an e-mail from Don’s assistant saying he’d reconsidered, but I would have to go to him. 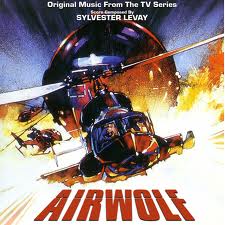 That wasn’t a problem as we were doing that anyway, going from house-to-house, as I wanted to make it as convenient for everyone as possible – and we shot in some stunning homes that, individually, have given this kind of characterised touch to the look of the documentary that you’ll never get in a studio. The day we spent with Don was beyond what we expected. One of the most charismatic, intriguing, engaging, fascinating and humorous people you’ll ever have the privilege of meeting. And actually, in the end, I think he enjoyed the reminiscing.

Shooting 44 hours of material has given me a headache from time-to-time, when compiling the paper edits for the editor! Logging is torture. It takes forever, and since the editor isn’t getting paid yet (again, deferred), I have to do it. But it’s an advantage as I’m now thoroughly familiar with what was said and by who. I end up doing perfectionist transcripts, so it saves me time later on when structuring the edits.

I’m never, ever doing another a documentary as big as this – the heart and diehard fan in me has elevated the project beyond what I had planned, times fifty.

What’s led to us raising just over $5k (with a target of $8.5k) through crowdfunding is the whole “AIRWOLF” fan base  -they knew about the project before the campaign launched. After we wrapped in November last year, and I came back to Newcastle (North East England), I set-up a blog for the documentary, with screenshots from the 35 interviews (airwolfdocumentary.blogspot.com). I‘ve kept it updated, and when a new post is made, I’ll notify in dedicated topics on the two online discussion forums for the show; one of which has over 12,000 views alone so far. So, in essence, the project had a profile. People were aware of it, and how ambitious it was going to be. Come the launch of the crowdfunding campaign, there was already a high level of interest, and within the first three weeks, we raised half the target, enticing a group of people to become 2 Executive Producers and 3 Associate Producers. And there’s just over a week to go! www.indiegogo.com/airwolfdoc

Great story Martin and good luck with your campaign… now maybe its time for a doc on the Six Million Dollar Man?

PS – If you are into Doc filmmaking, don;t forget our Doc Summit at the end of this month www.DocumentarySummit.com

6 Secrets to Getting Cinematic Footage on Your iPhone
Selling Spitfire Guardians (Special Interest Film) on DVD
London Doc Summit 2013 Success.... and one delegates first film...
Vada Tiziana Vada!!!
Welcome to MY 'Guerilla Film Makers Handbook'.... circa 1989! The making of 'The Evil Dead...
Have you thought about it?

Why I am taking a stand… literally!
How is your project represented when you move from online to the real world?