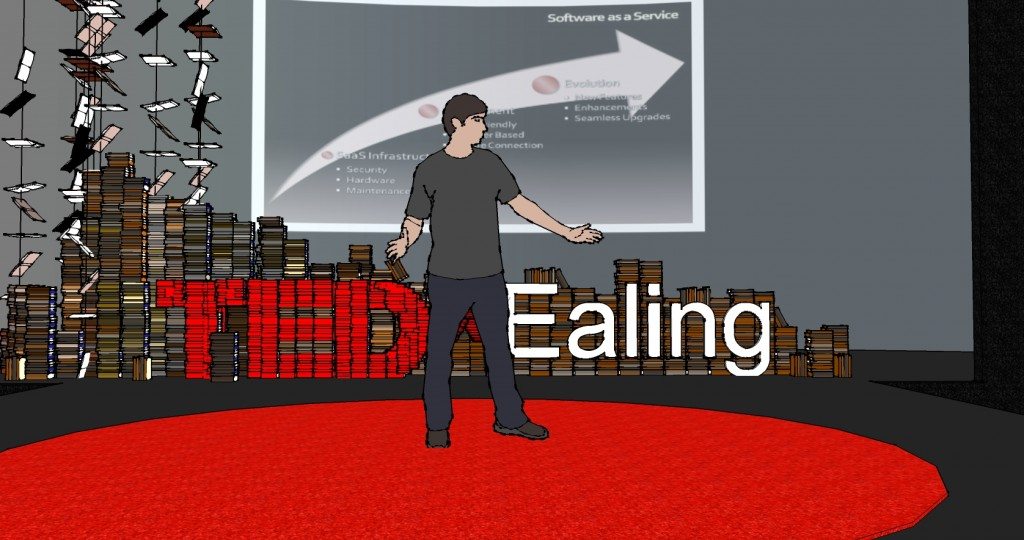 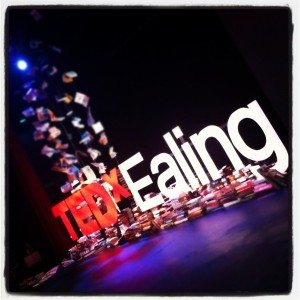 Yesterday we hosted our very first TEDxEaling event – to say it was awesome would be an understatement. I will share more about the day in coming posts, but I wanted to highlight one aspect of TEDxEaling experience, a simple principle of success that I have experienced over and over.

Seek out and work with enthusiastic artists who will go the extra mile to achieve something extraordinary… and then DON’T micromanage them. Let them do their job.

This has just taken place at TEDxEaling and the results surprised everyone. 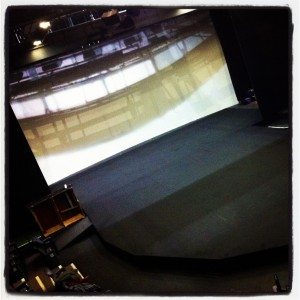 Producer Hillary Pierce had the daunting task of finding a production designer who could transform the blank canvas and very LARGE stage at the Questors theatre in Ealing, into something breathtaking for TEDxEaling.

And the budget, including staffing, van hire, materials and props was just £600.

Frankly, I was bracing myself to project a big TEDxEaling logo on the back screen and be happy with that!

Eleonore came in for a meeting and explained her concept of tumbling books from the ceiling, landing on the stage around the large TEDxEaling logo – working with our TEDx theme around ‘Story’. Frankly I thought she was crazy, BUT I could see that she had a big idea and the passion to make it happen. 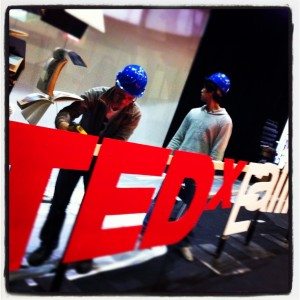 And so it was greenlit.

Even the setup day before TEDxEaling, as the stage was being built and dressed, I was still plagued by doubt, but I trusted in my experience that a passionate creative who is prepared to work harder than anyone else, will usually deliver the goods.

And I have to say Eleonore exceeded all our expectations.

The stage was spectacular (aided by splendid lighting design by Aaron Dootson and rigging by Cullum Ross and Paul Kizintas). The audience actually cheered and gasped at the stage design. 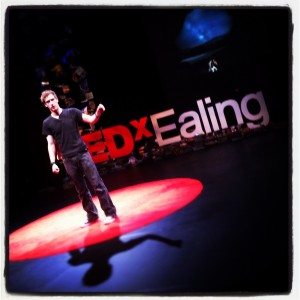 I learned a long time ago that vision and determination is worth its weight in gold. When your resources are limited, vision will deliver something beyond the ordinary. Something extraordinary. You may not see this clearly in the planning, you might doubt the vision and ideas, but so long as you can see the people responsible will work hard to realise it, so long as their vision is at least feasible, in line with the overall project and within your stretched time and money resources, I say go for it.

The photos here from my iPhone really don’t do the stage justice – official pics will follow. 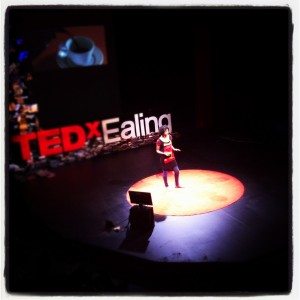 And remember, if I had had my way, we would have projected a logo on the back screen! I am so happy that Producer Hillary fought for Eleonore and that we chose to take the risk. Eleonore’s contribution delivered a truly world class arena for a day of TEDx talks worthy of such a stage.