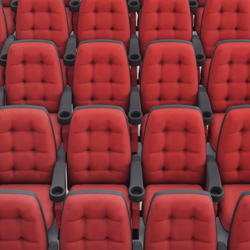 I am sure you have seen the headline “Worst performance at US box office in 10 years” (http://www.bbc.co.uk/news/entertainment-arts-19541737) and maybe you saw this as further proof of disaster for our industry. I asked Stephen Follows to do an analysis of this article as some of it felt a little headline grabbing to me.

As filmmakers we need to be able to understand the headlines beyond “the film business is screwed”. So let’s break it down…

1. Why were box office takings so low last weekend?
A few reasons spring to mind…

2. Is this proof that the box office numbers are falling overall?
No.  We only have to look back a few months to see some huge box office weekends. In fact, 2012 had the biggest weekend opening of all time (“The Avengers”).

During the weekend just gone the box office figures totalled $52 million. Compare this with the weekends starring “The Avengers” ($250 million), “The Dark Knight Rises” ($224 million) and The Hunger Games ($204 million) and you can safely conclude that one weekend is not alone enough to draw judgement.

3. Is this proof of piracy ‘killing’ the industry?
Well, kind of. It’s certainly not proof that piracy is destroying cinema releases. But it does show that Hollywood studios are segmenting their movies more in answer to piracy. They’re reducing budgets on most movies, and ploughing more resources into their major titles (which they call ‘tent pole movies’). When these ‘tent poles’ open they become events and all the marketing encourages you to see it first. You don’t want to be the one person on Monday morning who hasn’t seen the new movie.

And this works for the Studios (The Dark Knight Rises has earned over $1 billion and The Avengers is up to $1.5 billion) but is it really better for the consumers wanting more choice?

4. What do these numbers mean, anyhow?
Much less than you might think!

The press and public often equate box office figures with success but the truth is much more complicated. A film which costs $100 million and then which ‘takes’ $100 million at the box office is not necessarily in profit.

The producers of the films will only receive a percentage of this figure as there are many deduction to be taken out of the box office before it can start going to pay back the budget.  These include VAT, the cinema’s fee, advertising costs, the prints cinemas project, distributor’s fee, sales agent’s fee, sale agent’s costs, gross-profit participants… the list goes on!

So with all those people taking money out of the box office figure how films return money?  Through their other income streams; DVD, TV (network, cable, terrestrial and library value), airlines, hotels, pay per view, video on demand, online streaming, merchandising, product placement and so on!

So just quoting the box office figure is not much use in working out profitability.

5. So what will the industry learn from this historically low weekend?
Almost nothing.  It’s not massively shocking, it doesn’t reveal much and don’t forget the industry watchwords no one knows anything.

Thanks Stephen, and remember Stephen is running his Seven Step Producer workshop in just a few weeks – £99 for two days with discount code CHRISJONES – http://www.sevenstepproducer.com/
Onwards and upwards!

I promise you, World Record Breaking film ’50 Kisses’ is going to be MASSIVE in Birmingham...
The complete guide to UK film distribution for indie filmmakers
How one filmmaker secured a UK distribution deal for their £30k horror movie WITH advance!...
Top Seven Tips To Crowdsourcing from Iron Sky creator Timo Vuorensola
What Can We Learn From SciFi Apocalypse Movie ‘Invasion Planet Earth’? Watch the Comicon M...
The Guerilla Filmmakers Handbooks have a new shiny website
Day 1 at Incubate in Tilburg

One Response to Worst performance at US box office in 10 years… what does this REALLY mean for filmmakers?