The real world, open laboratory for screenwriters and filmmakers that is 50 Kisses is starting to bear extraordinary fruit.

Over the last year we had nearly two thousand scripts submitted, fifty of which were selected and nearly one hundred and fifty films were produced – above is just one of ten or so productions of the script NEIL. You can read all the scripts and feedback on all the films on the official website at www.50KissesFilm.com

Right now I am working my way through all the entrants and leaving editorial notes so they can go back and re-edit, re-,mix, re-score even re-shoot. Many are resisting this process, but the smart ones are listening to the feedback and choosing to go the extra mile to take their hard work to the next level. For me, the real value in this project is the education we can all receive by contributing and being a part of the process.

What has been a surprise has been an overall lack of focus on sound – most filmmakers seem to obsess about the image and at the last moment, just abandon the soundtrack – and yet the sound is the first thing we notice when it’s sub standard. 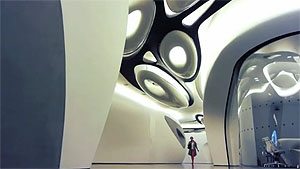 Anil’s film (above) has completely side stepped that issue by making a film that is more a meditation with pictures and music than a traditional narrative. Great stuff.

Create50: How this all began and the magical throughline of creativity…
50 Kisses SciFi short revealed as feature nears completion
50 Kisses Deadline Approaching… teams shooting on RED now!
50 Kisses: The poster designs are in.... which would you choose?
Everything you need to make a feature film for cinema release

How To Record Your Own Foley Tracks At Home
How to design a movie poster – top ten tips to grab the eye of a sales agent, distributor or audience member

One Response to Science Fiction on a micro budget – Neil, submission for 50 Kisses