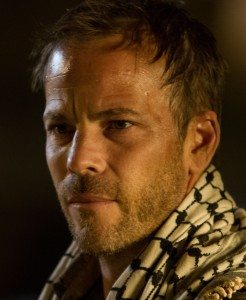 Those who attended the Guerilla Filmmakers Masterclass 18 months ago will remember my good friend Gareth Unwin, still sizzling from his Oscars win with ‘The King’s Speech’, gave a cracking Q and A for us all (you can watch above).

Well, he is at it again, this time at the Renior (London) tomorrow (20th December) where he will be onstage, discussing how he got his new film made, alongside director Eran Riklis.

The film, Zaytoun, starring Stephen Dorff, is the story of the unlikely alliance between a 12-year-old Palestinian refugee and an Israeli fighter pilot shot down over Beirut in 1982. Their initial distrust develops into friendship as they make their way across war-torn Lebanon on a journey to a place they both call home.

While Gareth could have jumped ship to Hollywood and produced mega budget movies for the LA dream machine, he chose instead to remain fixed on his roots, with strong drama produced on sensible budgets. Bravo!

It promises to be an enlightening evening for all filmmakers.

If you are interested, you can read the press notes here… ZAYTOUN_PRODUCTION_NOTES

You can get your tickets HERE