I asked  Danny to share his story on his short film ‘Love Like Hers’ which he made after being the first person in the world to take my online masterclass about making world class shorts – www.GoneFishingSeminar.com – and here is what he sent me… 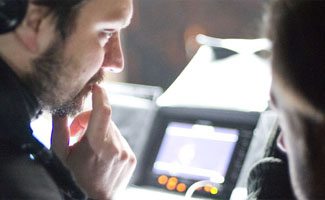 I’m always looking at ways to make a living from the thing I dearly love doing, making films. I decided to have a go at distributing my short film Love Like Hers (link: http://www.dannylaceyfilm.co.uk/lovelikehers) on DVD and Blu-Ray before an eventual online release. I wanted to see if was possible to raise even a little bit of cash.

The discs were officially released in December 2012 and here’s 10 thoughts/things I’ve learned from the experience.

1. Having a large and loyal following, built up over the last three years, has had a huge impact on interest and sales of the discs. People that have been following my projects over the last few years were interested to see these films I’ve been talking about for so long.

2. Raising awareness of the discs means lots of promotion. The majority of the promotion for the Love Like Hers discs has been on Twitter and Facebook. Because of the way Twitter works, 90% of your followers will miss each of your tweets, which means you have to tweet more often and at different times of the day. You then have to avoid ‘spamming’ your timeline, so you need to come up with alternative ways in which to talk about your film and generate even more interest. I like to tweet in three’s, for example, tweet number 1 will be a general tweet, tweet number 2 will be an external link or film story that I think people will be interested in, and tweet number 3 will be talking about the Love Like Hers discs. It’s important to offer external sources of interest on your timeline where possible. I set up a web page and made a promo video for the discs to give people more food-for-thought. The promo video was the catalyst for an increase in sales.

3. I have packed both the Blu-Ray and DVD with hours of extras. It’s no longer just about the film, it’s about all of the extra bits of information included on the disc. On the Blu-Ray there’s over 4 hours, including a brand new 70 minute making of documentary, several shorter videos talking about interesting topics like budgets, shot lists, designing the poster and so on. There’s also 75 minutes of offline rushes, everything we shot during principal photography and as a bonus I’ve included all of my other short films (Angel of the Night, Host and That Day).

4. I decided to duplicate the DVDs and Blu-Rays myself as the process is identical to that of a professional duplicators. I bought a Blu-Ray writer for £80, 100 blank dual-layer printable DVDs (54p each), 200 blank printable Blu-Ray discs (£1.08 each) and 300 black, single DVD cases. I also purchased a good quality printer for the onbody printing. I wanted the discs to look professional. I designed the artwork for the DVD wrap and had that professionally printed. All in all, the costs per unit for DVDs were £1.37 and for Blu-Ray £1.91. Not including postage. I would make the DVDs and Blu-Rays on-demand, which means I’m not left with stockpiles of already made discs.

5. I originally wanted to sell 1,000 units in total, however, after just a few months I realised I might have been a little ambitious. I just don’t have a big enough following to be able to shift such a number in a short space of time. I don’t want to be flogging these discs for the rest of my career too. The decision was to limit the number of discs available, it’s also a good marketing tactic and can speed up sales. The numbers available were going to be – 100 DVDs and 200 Blu-Rays.

6. I totally messed up when it came to pricing up the costs for postage and packaging, although the costs did balance out in the end. To post in the UK I was sending the packages as a large letter, first class and it was costing £1.20 per unit. For places like Germany and other EU countries it was costing £2.93, for Australia £3.90, Canada £3.86 and US £3.30. For some countries you’ll have to fill in a basic customs form – nothing too complicated. As for the packaging, I was lucky, ASDA were selling padded envelopes at 25p each so I emptied their shelves.

7. Making the DVDs proved to be the biggest nightmare, especially when you’re shipping to international territories. It’s the whole frame rate issue, so I decided that I was only making the DVDs available to the UK, I couldn’t see any simple and cost effective way around it. However, for the Blu-Rays this was not an issue as most Blu-Ray players will now play most of the frame rates (i.e. 25fps, 30fps etc). This did make life a whole lot easier. There were a few minor technical glitches with making the Blu-Rays, there is a small compatibility issue with some brands of BR players. The modern BR format is now H264, whereas some BR players will only play MPEG2. My discs were made using the H264 standard and to date I’ve not had any discs that haven’t played.

8. To my amazement I found that Blu-Rays were out selling DVDs by 60% and the most popular countries for purchases was England, America and Germany.

9. It was always my plan to release the films online for free. Getting the timing right for online release is important as you want to maximise sales of discs knowing full well that an online release of the films will effect peoples buying decisions. I believe that the large amount of extras on the DVDs and Blu-Rays has had a positive impact on sales, despite it’s imminent release online.

10. There’s a very good chance that this will be the first and last film I release on DVD/Blu-Ray. The distribution model is shifting at an alarming rate. However, as a consumer myself, I’m always interested in purchasing indie films on DVD/Blu-Ray – but it must contain extras! This tangible format will stick around for a little while longer, if not more suited to a niche market, still a good option for indie filmmakers. Build up your ‘following’ first, otherwise who’s going to buy your films?

To date I’ve sold 163 Blu-Rays and the DVDs have completely sold out at 100. Both will be discontinued at the end of the month (February 2013) to make way for a staggered online release of all of my short films, starting with Host (4th March), That Day (8th April) and Love Like Hers (3rd May). All will be released online via a new section of my website called the Screening Room (link: http://www.dannylaceyfilm.co.uk/screeningroom).

Okay, I’m not exactly going to retire on the money raised through sales of Love Like Hers. But, it was a significant amount and has helped cover some living expenses over the last few months. It’s also a lovely feeling knowing that people have been spending a few hours watching the discs in their own homes. The feedback has been great, with some rave reviews for the extra content featured on the Blu-Ray. Makes it all worth while.

Selling your movie direct on DVD...
Making Feature Films For No Money: How I Made My “★★★★ Intense and Tender Psychological Th...
Editing masterclass with editor Eddie Hamilton on X-Men: First Class and Kick Ass
The tricks of a mind reader… use mystery at EVERY stage of story development

One Response to Should you distribute your short on DVD and BluRay? Guest blog from Danny Lacey: 10 things learned from self distributing my short film