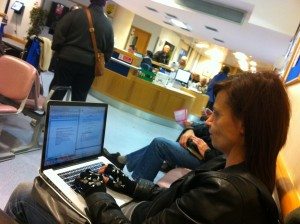 Marc Price, director of 'Colin', talks to the Guerilla Film Makers Pocketbook
Lyn The Fin Inspires Us All...
What game are you playing and who are you competing against?
The four principles every creative needs to use when asking for help for their project: Wh...
Screw it, let’s do it! Top thirteen reasons why you should NOT wait to get your movie righ...
How to get your film funded using the EIS, SEIS and UK film tax credit, podcast with Ivan Clements
Breaking Into Hollywood: The Guerilla Pocketbooks arrive!