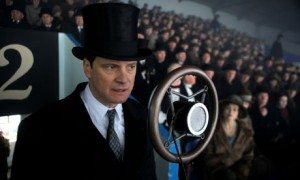 I have recently heard from two film makers who have had problems with their applications for the UK Film Tax Credit, regarding their cultural test. I asked Ivan to advise, and here is what he had to say…

One of the most important things to learn about the UK Film Tax Credit is how to fill out the BFI application in the most effective way possible.

There are a potential 31 qualifying points on the application.

Points are awarded for various aspect of your production such as…

But here’s the killer tip… only do 16 points! Don’t bother with the rest as you don’t need them and it will slow things down.

By far the simplest way to qualify is to be have your story set in the UK, have British lead characters, have the subject matter British in content and have the actors speak English. That will give you ALL your 16 points that you need. And then stop there.

Of course, if for instance, you are making a UK / Canadian co-production, things can get very complicated. But for most of is, section A alone will qualify us.

Bottom line – if possible, get all your 16 points in section A.

I was told in no uncertain terms that the less of a headache an application is, the quicker and smoother a ride it will be. If you have only 16 points in section A you will go to the top of the pile.

So, if at all possible, avoid the other sections as all the other points on the form require a great deal of thought and sometimes acres of paperwork, emailing and questioning. This one tip will save you hours of hair pulling, time you can better spend on your edit, marketing of festival run.

Ivan is running his www.HowToFundAFilm.com workshop on June 1st 2013 – you can get £30 off with the discount code CHRISJONES.

Six Lessons I Learned Making My First Feature
The Top FIVE Steps To Getting Your Film Funded
Bradgate Brings Some Finance!
Gone Fishing Update
How To Fund A Film... what our delegates got from it.
The Film Investors Check List – Answers to tough questions your investors will ask
Did you know you can get 20% of your spend back for short films using the UK film tax credit?