By Chris Jones on May 10, 2013 in Breakfast Club, Inspiration, Production 0 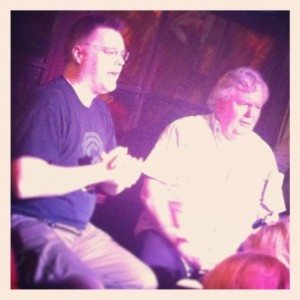 Last week we recorded and extraordinary session at the London Breakfast Club with producer Iain Smith – it was just crammed with wisdom and bite sized gems for filmmakers, writers and of course producers. My personal favourite anecdote? If audiences like your production after a year, it’s a movie. If they like it after a decade, it’s a film. And if they still like it after fifty years, it’s cinema… but until we can make a movie, we have no chance of making cinema! True that.

If you want more information on the Breakfast Club, emails when new podcasts like this go live, or to come to the next event, sign up below… 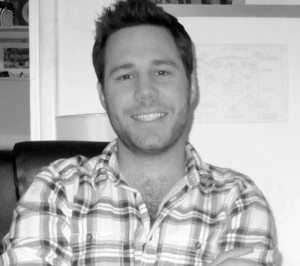 Having stepped into the breach at the last minute, and with the Breakfast Club now the Pimms O’Clock Club, I didn’t know what to expect from Iain Smith. All we knew was that his IMDB page reads like your average DVD collection.

What followed was an absolute pummeling of sound bite after sound bite of film-making wisdom from an uplifting Scottish soul.

His advice, whilst specific to America, carried with it a weight that transcended geography. Such was the vast scope of pearls thrown our way, it’s going to be a bit tricky to get it all into one short blog. I’ll do my best!

It’s important to remember that Iain grew up in Glasgow, knew no one in the industry and had no access to any kind of money to make films. The more he spoke, the more we realised the reason he’s been so successful is because he embodies the advice he gives.

“You’ve made a lot of films”

“You should see the ones I didn’t make.”

In one year Iain received 207 scripts, 6 of which he was interested in, none of which were made. Why? Because a script must have added value – something more than your desire to see it made. Scripts must be owned, not in a legal sense, but in a collaborative way. Everyone has to feel that the story belongs to them; Iain looks for this opportunity that money can give.

He went on to say that generally speaking he’ll try to read everything he’s sent, or at least the first few pages. Encouraging.

“The audience feed off innocence.”

Don’t be cynical. Cynicism in film-making kills the soul, and the audience don’t like it. Audiences feed off innocence. Not naivety, but innocence. Iain tosses aside any script/idea that is cynical. “Few are; many are misguided though.”

“An argument is an act of friendship.” (Glaswegian ‘proverb’)

Film-making is a journey of discovery and the writing goes on through the whole process. It’s about understanding the value of the moment, then protecting and carrying that value. Part of this means not being afraid to have an argument in order to test it. As with your script, conflict is a good thing.

“The shortest distance between two points is a circle.”

Nothing in Hollywood happens just like that – you have be prepared to go through the process again and again. For example, Seven Years in Tibet took 14 years to get to principle photography. A project needs to be sent round the houses so it gets into the ether. Eventually, hopefully, it will get some traction. In other words, there is no such thing as a ‘fresh’ script. This is good though, because there’s something very right about rejection. “If you’re not being rejected, you’re in trouble.”

“The Americans have the energy of a circus.”

The difference between American and British writer/film-makers, and why some British writers struggle out there, is that the Americans are natural self-dramatists, whereas we play everything down; we flatten things. They have an incredible energy that we might do well to learn from. It will help you survive.

“Trust is the only currency in an untrustworthy business.”

So how not to get fired? Firstly, you won’t get fired, you’ll just be made irrelevant. Nice.

But on top of the two standard ‘keys to success’, hard work and luck, Iain added two more that are not often talked about:

For writers, he advised to find that spark, the added value, but also stressed the importance of not trusting the facts, but the why. Why are you writing this? It’s not about the ‘how’ or the ‘what’, it’s about the ‘why’. Learn why.

For producers, he advised to learn what kind of producer you are and know your weaknesses. Are you good at finding the money? Or sales? Or protecting the idea and the added value? Or are you good in the battlefield of Hollywood? If you know who you are, what you’re doing and where you’re weaknesses lie, then people will trust you, which, to reiterate, is the only currency in this untrustworthy business.

Finally, when asked if we should go to LA, his answer was simple. “Yes, if only to come away shaken.”

This really wasn’t the half of it, but I’ve rambled on for long enough.

To end on a prime example of his influence though, as mentioned, Iain was the man who believed enough in Darren Aronofsky to produce The Fountain, which happens to be the film that finally spurred me into action. What I saw in that film an uncompromising vision from a unique director. That vision could never have been achieved without Iain protecting the idea, protecting the value of the moment, allowing Darren to make the film he wanted to make.

Tom Kerevan is a London-based screenwriter of films, TV and virals. His feature film Cannibal is shooting summer 2014.

Top Ten Quotes from Aaron Sorkin for Screenwriters
Top 18 Strategies and Tactics To Get stuff Free or Massive Discounts
The Three Pillars Of Successful Low Budget Horror Film Production
LSF’14: Commit now as sitting on the fence will get splinters up you’re ass
The Guerilla Film Makers Masterclass, Final Feedback
Ray Harryhausen died today… do you remember your first stop motion movie on Saturday TV?
Notes for emerging composers… how to get noticed by producers