After so many actors have requested I design a filmmaking masterclass for them, to help them take control of their own casting destiny.  I heard bout ’50 Pence’ made by actor Eric Kole and asked him to share his journey and experiences. Over to Eric… 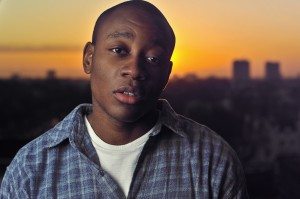 Being an actor, I have appeared in small TV idents and have landed a few of small roles on TV (walk-ons). However, I have always had my eye on more significant drama based film work. That said, auditioning (or even being considered) for such roles can be rather complex: the door for these ever so coveted parts of well-rounded, interesting and engaging characters within film and television is a tough one to open, especially when you’re an un-established “nobody”, so to speak…

You need to have the right agents, who themselves need to know and be trusted by the right casting directors, who need to be in touch with the right producers/directors, etc… It leaves an awful lot of an actor’s career out of the actor’s hands.

Spotlight currently has around 36,000 actors and actresses as members, and that is an awful lot of us  potentially doing the same thing to achieve the same result. I think that if I was an agent, a casting director,  a producer or director, I would get fed up to hear about actors contacting me out of the blue. It might have been effective some time ago, when the approach was fresh, but today it feels well past it’s use-by date. 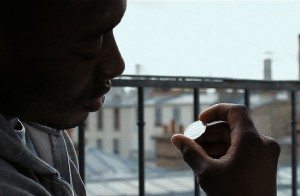 I wanted to be noticed in a different and more effective way. I kept on hearing of student and independent films being selected to major festivals and its talent being picked up by major agents or contacted by casting directors, or studios signing deals for feature adaptations of films they had just seen there and then at the festivals.

What needed to be done was clear: I needed to be in a film that would get selected and shown at film festivals. It sounded easier than it actually was.

So I decided I would create my own opportunities, create my own film that would (hopefully) be worthy to be screened at festivals and give my career a good kick forward. I don’t consider myself an expert, but I felt like I knew enough about the key elements required to make a decent film at least, so I went for it. 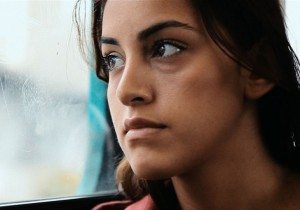 I then spent about a month in pre-production, gathered enough money to hire the right equipment to achieve the desired look within the circumstances of the film. Got a cast and crew together, I couldn’t afford to pay anyone, so made sure there was something in it for them. I planned as much as possible and made sure to communicate those plans and updates so that everyone always knew what was going on. I also tried my utmost best to keep every single promise I made to each person that agreed to work and help out on the film. After all, and it must never be forgotten (one of the biggest mistakes I have seen way too often), if you are making a film with a low budget and are not paying anyone, every single person working on it, whether it is your cinematographer or the person driving your crew around, is doing you a HUGE favour. Never forget it: gratitude goes a very long way, especially in collaborative industries like film. We shot the film over three days. The post-production took around eight months, I found my editor, composer and sound designer online, they all agreed to work on it after-hours of their paid jobs. 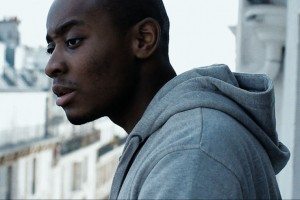 In the end, Fifty Pence was selected by eight festivals, but was rejected by around sixty.

Now that the film is out there, people are talking about it. And the simple act of being talked about by the right people has served my career so much more than my showreel, CV or headshots ever have.

A film has a wider audience than a showreel, and making your own (and doing it right) seems to be an efficient way to get yourself out there. So ask, how will you stand out from that 36,000+ crowd?

Awesome stuff Eric, keep us in the loop!

John Cleese Podcast Lecture on Creativity and Originality: The 5 factors that you can arra...
How remarkable is your project?
5 Ways To Get Top Talent Attached To Your Screenplay by JK Amalou
What’s the number one reason you won’t get hired to make THAT movie?
Why complaining to your friends will get you nowhere fast...
Final Feedback from 10 year old Guerilla Filmmaker Holly Jacobson!
Things I learned from Dan Brown and why he is a killer author…