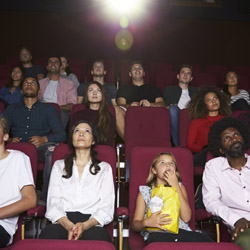 When nearing completion of our films, we are so fatigued, so pissed off at how things turned out, so financially vulnerable, so emotionally strung out that we often make poor choices about distribution.

We have learned SO much, I mean SO SO SO much on our filmmaking journey that all we can often think about is what we would do next time… ‘if only I could just let go of this film now, I could move on and really get it right next time…’

Hey, after all, I am a filmmaker right, distribution is someone else’s job…

I just responded to a frustrated email to a filmmaker who said (paraphrasing)….

‘I don’t know what to do, we are so broke and tired, I am considering signing the deal…’

This might be the right choice for this film and filmmaker, I get it, I really do.

But being tired is a poor reason to make any choice. Let alone the choice for the launch pad and resting place for something on which you have spent thousands (probably tens of thousands of man hours collectively), tons of your own resources (time and money), and the resources of so many other people too…

Don’t get me wrong. I have done this more than once myself. Made choices under pressure and when exhausted.

Remember, if you have investors, the likelihood is that you have gone over budget and over schedule and they want results. You have pitched your project like a straight business, so they have an expectation that you can just sell it. So get on with it right, it’s finished isn’t it? Sell it.

Hmmmm. We make the beds in which we lie.

It’s also easy to believe sales agents and distributors who supply amazing sales estimates (usually a work of fiction) or they stroke your ego, telling you how well it will do. We want to believe the industry wants our film, that audiences are desperate to see it, that it’s going to be the next ‘Clerks’, ‘Paranormal Activity’ etc. In short ‘it’s going to work out…’

Hey who am I to say that it won’t? It might, and I hope it does.

Adding to this mix is the feeling of invulnerability that we have in the later stages of production. After all, we have just spent the last year doing the impossible. When I made my first feature film, we coined a phrase… ‘we have been doing so much, for so little, for so long… we are now qualified to anything for nothing’. We even talked about getting T shirts made. It was a mindset that enabled us to do extraordinary things. But it’s also a trap. Viewing your film through these goggles will give you a false sense of value and position in any marketplace.

I have spoken with so many filmmakers who regretted the hasty choices they made when their film was completed, choices based on ego, on the desire to move quickly, under pressure, on believing when you should know better, choices based on the desire to abandon and move on. They almost always come back two years later and try to fix their mistakes. Again, I have done this more than once.

Finally, we are entering a new age of digital distribution where it’s entirely possible to find yourself a guinea pig for some new technology that may sound great in principle… but in practice? Well who knows, no-one has done it before.

So what is the answer? I wish there were a cheat sheet I could share, but there isn’t.

First of all, take a damn break and clear your heart, mind and soul. Then I would do these things BEFORE I even spoke to sales agents, distributors etc.

No-one really likes to talk about it, or even admit it, but films rarely make any money. Films usually lose money, and lot’s of it too.

Film is an extraordinary business where you are considered a success if you didn’t lose money. And that assumes you throw in all your time and resources free too.

So, like what doctors say at hospitals, I would ‘prepare for the worst, but hope for the best…’ Again, don’t get me wrong, I would also fight to the bitter end to manifest extraordinary success, but I would view the world through pragmatic goggles and take full responsibility for my choices.

There is so much more I could write in this post, but it boils down to this – to find success you must turn your creative skills to the business end of your venture, instead of the filmmaking end.

Remember, this is YOUR film, YOUR career, YOUR future. It’s also the future of every actor, crew member and investor who helped get you here, you owe it to them too to make good choices for the right reasons.

Finally, prolific British producer and good friend Richard Holmes put it best, ‘learn to make the distinction between what is real, and what you want to be real’. I keep that in mind at every stage.

And if you missed it last month, if this post resonated, take an hour out and listen to this podcast with Marcus Markou, it’s a game changer.

Good luck with your choices, they will be tough, but that means you are playing the game at the highest of levels. Bravo!

The complete guide to UK film distribution for indie filmmakers
How I Got My Feature Film On Amazon Prime and How Much I have Made
How You Can Define Success for Your No-Budget Guerrilla Film by Brian Barnes
Demystifying Distribution: Real World New Distro Case Study Strategy and Tactics
Top Seven Tips To Crowdsourcing from Iron Sky creator Timo Vuorensola
Crowdsourcing and the currency of generosity
Brand Engagement Like It SHOULD Be Done Today – Learning From Bodyform