How would Lionsgate recut the trailer for your film? Before and after case study 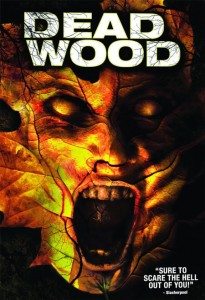 Your trailer is not your movie, it’s a sales tool.

A year or two ago I ran a workshop with the filmmaking team behind a film called ‘Dead Wood’. They had made it for zip and managed to sell it to ‘Grindstone’ in America, a part of Lionsgate. During that class, we watched the trailer that they had cut for the film, which was pretty flashy and had some cool VFX titles (which upped the look and budget perception). That trailer is above.

Then we watched the trailer that Lionsgate had cut… below…


Same film, clearly same genre, but hell, the Lionsgate edit has significantly more bite. So what can we learn from these two edits for the same film? Especially when it comes to our own movies?

1. Watch 100 trailers for movies in the same genre and steal the best ideas. This is not art, this is sales.

2. Go in hard, VERY hard, and shave out every unnecessary frame. This is a SALES TOOL.

3. Sound – get the mix right, it should be punchy – the difference between these two trailers is in many ways more pronounced in the sound mix.

4. Music – there are tons of great trailer music tracks now online, some very cost effective. Get the BIG music. Check out  ‘Two Steps From Hell’ (Youtube clip below with three hours of their stuff (you will need to licence for your film of course).

5. Make sure dialogue is clear and not fighting with the music. Too often music drowns dialogue, so mix the music right down in those moments. .

6. Establish the genre and hook as fast as possible – this is also about the tone and form of the trailer as trailers have genre conventions too.

7. Throw the timeline of your film away, and retell the same story, but with different shots in a different order. This is hard to do if it’s your film. Remember, the trailer is not your movie.

8. It’s still three acts. Watch the trailers, even listen to the music. You will detect three distinct movements. Setup, conflict and all hope is lost… Leave us with a big fat ‘what’s going to happen?’ HOLY COW, GOT TO SEE IT!

Finally, read the blog written by Ross Evison – he cuts trailers for a living. And here’s three hours of trailer music form Youtube!

Five rules for putting titles on the front of your film
What ONE thing MUST you get right in your next film?