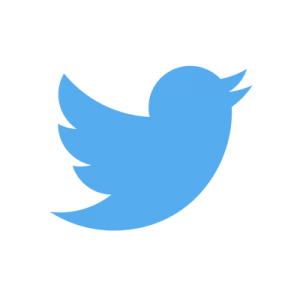 It’s easy to spot fake followers. And when you have paid for followers, it sends out a message that your are desperate, inauthentic and that you really don’t get the point of social media.

Why would anyone buy followers? Vanity? To make themselves look bigger and more engaged than the competition? To look like they have greater marketing reach than they actually do?

How do you buy followers? Google it, you will find out. I also get emails from people offering it too.

In some far flung part of the world, where national minimum wage does not exist, there are people who create free email accounts, then a associated Twitter account, then they add a profile, steal a headshot of someone (usually a hot girl), then start tweeting random stuff. They create a second account and start to follow each other… then a third and so on. At some point, they look like ‘real’ users and they start to follow real people for money.

I am sure some very smart people have built internet ‘bots’ that do this more efficiently too.

I can see how 10,000 followers for $99 might look attractive, but you will likely get rumbled. Worse, you won’t know you have been rumbled as people won’t tell you ‘hey, you have fake followers, why you doing that?’

Two recent examples popped up onto my radar

First was an actor with a surprisingly large amount of followers. I first checked her/him out on Twitter Counter (http://twittercounter.com). Her/his chart shows a linear decline followed by linear growth. This is a sure footprint of some kind of ‘bot’ system. The real tell is that EVERY day was the same decrease in followers. Then she/he began growing again (as she/he paid for more followers). Again, the growth is exactly the same every day.

Compare that to my chart below which shows steady, but irregular and organic growth.

Next I checked her/him out on Status People (Faker Scores) at http://fakers.statuspeople.com/Fakers/Scores. Now this is a rough metric, and other sites offering similar services exist (which give roughly the same results), but her/his stats are not good.

Roughly 27% are real people following her (or at least better fakes), 63% are fake accounts and 10% inactive.

I compared that to myself and several other Tweeters I know who I was assured did NOT pay for fake followers, and the stats came out more like 3% fake (remember you cant control people following you), 15% inactive (people who have just abandoned Twitter) and the remainders being authentic.

UPDATE – I asked Twitter Counter support to clarify if the stats are accurate even if you have not connected your Twitter account to their service and they responded ‘The data will be accurate, if you refresh the data for somebody elses account we’ll gather the data via the Twitter API. That’s exactly the same method we’re using for users or accounts who are logged in and are your own’. So looks like it is as accurate at Twitter will allow.

Bring in the logic probe!

But the giveaway in this second case was the Twitter Counter chart that reported that for last three months (as far back as it goes) they got 10 followers every day. EVERY day. Of course there is natural churn in these numbers as real people start to follow or stop following, but their growth is linear and mechanical. I also follow them and I know for a fact that their Tweets are nowhere near engaging or compelling enough to create these results.

I also went back and checked their conversational engagement on Twitter – which was nearly non existent. Again, another tell tale sign of paid for fake followers.

At the top right of the chart on Twitter Counter there is a date button – click it and select a longer date range to get data from up to three months ago.

So the lesson? If anyone is seriously looking at you BECAUSE of your Twitter followers, they will most likely rumble you IF you are paying for followers.

And I for one do not really want to do business with someone who cooks the books. Who knows what else they will cook?

UPDATE – Withing five minutes of Tweeting my blog, I got this Tweet!

Real person? Bot? I don’t know, but I do know that they were selling me the very thing I was saying DON’T BUY!

Well that happened...! Blood, guts and glory at Guerilla Film Masterclass
Live Feedback From The Guerilla Film Makers Masterclass With #GFilm Hashtag
Get a ton of filmmaking tips, tricks and articles every day
Ted Hope and Ed Burns discuss the value of failure in the creative journey
The power of disconnecting from reality to reconnect with the dream

2 Responses to How to spot people who buy fake Twitter followers… and why IF you do buy fake followers, people might not do business with you