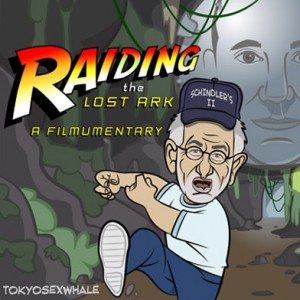 I recently bloged about a series of extraordinary documentaries about Jaws and the first three Star Wars films. They were made by Jamie Benning because, well because he wanted to see them, and because he kind of could! Embedded above is his doc on Raiders, as awesome as the others.

I just want say publically, Jamie, you are AWESOME! Thank you!

I asked him to share his story and here it is! 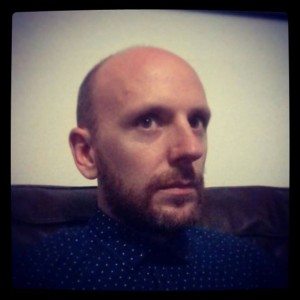 Back in 2004 I was rather disillusioned by the DVD extras on the original Star Wars trilogy release. I thought to myself, there’s so much material out there, it’s just a matter of someone collating it together and presenting it in a way that’s entertaining. I always got a buzz out of seeing those familiar scenes that we all know very well from a different angle. I thought if I put those into context, along the film’s timeline, it would create a new way of watching the movie. We’ve all watched Star Wars or Indiana Jones numerous times. We know whats coming next. But by putting something different there, people will sit up and take notice — more so than with a talking heads documentary. Oh so I thought.

I’ve always been interested in documentaries and in particular “Making Ofs”. With films such Jaws or Raiders, the story behind the camera can be as interesting as the story in front. For me, it is about revealing that other story that was just out of sight. In the same way the Hearts of Darkness and Burden of Dreams does.

I do spend a lot of time trawling through material to make these filmumentaries. What I’ve found is that the actors tell the same stories in the same way in most of their interviews. They’ve practiced them over the years. But for me it’s about mining through that and finding the gems that people might not have heard. Things that wouldn’t necessarily be included in an “official” documentary. For instance, Mark Hamill telling the story of stopping filming on Star Wars because of lady-bug mating season!

One great thing about these films is that there’s a huge community of fans. With the birth of Facebook, Twitter, and other forums, there are people out there willing to share information. I trade with people. The film fan community is very generous.

Though there did come a time when I needed to generate material myself, the stuff I had found just wasn’t enough. For Raiding I spoke to a guy who did the sound editing and won the Oscar for it. I also spoke to one of the actors, Wolf Kahler; he was one of the Nazis and luckily for me he lives in North London and was willing to chat. For Jaws, I spoke to a guy called Kevin Pike who started out as a laborer on Jaws and ended up being the guy who built the DeLorean for Back to the Future. His story is fantastic. He somehow chanced upon the Jaws crew and asked if he could work for them. Doing the interviews with lesser-known people fascinates me. They all have a story to tell.

With all of these projects I wanted to highlight that the films weren’t just about the main actors. They are about all of the different people involved. On Jaws for instance, it was an absolute nightmare for Spielberg with the shark not working, but we’ve all heard those stories. What we haven’t heard is what happened further back, behind the scenes.

Urban Ghost Story, the making of... And the complete soundtrack by Rupert Gregson-Williams
Selling Spitfire Guardians (Special Interest Film) on DVD
Do you love old school practical visual effects and their artists? Rick Baker, Rob Bottin,...
Welcome to MY 'Guerilla Film Makers Handbook'.... circa 1989! The making of 'The Evil Dead...
Something for the weekend: Roundtable with John Carpenter, John Landis and David Cronenber...
Stunning trilogy of Star Wars documentaries… lose an entire weekend!
“From One Second To The Next” shocking doc about texting and driving by Werner Herzog