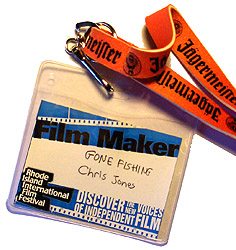 Over the years I have probably attended around 100 film festivals with the films that I have made – and the shortlist below represents the festivals I would recommend 100%. The list is based solely on my experience and of course, other filmmakers might have had other experiences.

My personal metrics for quality are things like the size and engagement of the audience, the staff and how organised they are, the technical presentation and quality of venue, the other filmmakers attending (and the community among the filmmakers that is fostered by the festival) and the festival outreach to media and social media so as to publicise my film.

I hasten to add, while my last film ‘Gone Fishing’ won the Producers Guild Of America Short Film Award, and was Oscars shortlisted, the film only got into two UK festivals, two European festivals, not a single A list festival (so no Cannes, Berlin, Toronto, Sundance etc.) which tells you something about the high level of competition and internal politics.

We did however play VERY well everywhere else, including the USA, Africa, Malaysia, Australia, Hong Kong… even Iran!

Sadly, it seems true that many festivals are a bit snooty about home grown talent as I heard this same complaint from many American filmmakers who were doing well in Europe but getting rejected at home. This is worth factoring in when considering your strategy.

So… my top experiences at festivals (and in no particular order)… 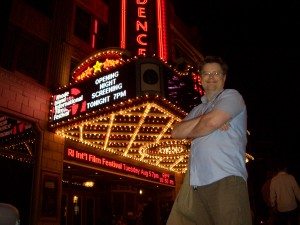 http://www.film-festival.org
Just North of New York State, the city of Providence plays host to this long standing festival (that is also an Oscar qualifier for shorts). The screenings were great, the venue splendid and the audiences were really engaged. When I went, they didn’t have sponsors, so there were no frills or freebies. It’s a low key festival too that plays to an older audience in general. It may not be super hip, but for my money, it’s one of the very best festivals in the world and I will apply with ever film I make in the future. 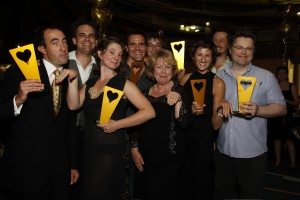 http://www.heartofgold.com.au
Gympie, on the Gold Coast of Easter Australia, is one of the oddest places on earth to host an international film festival. It’s a small, rural and deeply ‘Australian’ town and certainly does not feel like a global crative hub.  But the audiences turn out in droves and the films are lovely – the upshot is that everyone has a blast. It also has a big cash prize of $5k AUD (check if you plan to apply). The festival was setup by Toni Powell, a festival director who is a force of nature. Her sister Angela Vogt ran their PR, ensuring HUGE coverage in the press – and they made a killer team. The year after I attended, Toni bowed out, taking Angela and the PR machine with her. I have learned that the success of any festival is in VERY large part down to the benevolent dictatorship of the festival director. The lesson? Look for a driven festival director (every one of these six fests have strong leadership from one individual). 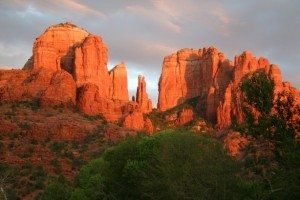 If I am honest, the Sedona Film Festival is my favourite festival in the world. The setting is extraordinary, the welcoming team and accommodation second to none, excellent food was provided, the screenings were packed, the Q and A sessions fabulous. Really, I can’t say too many good things about this festival. Again, the festival is driven by an individual with passion and vim – Executive Director Patrick Schwiess is truly an extraordinary human being. Awesome, just awesome!

And the runners up, but still amazing events… 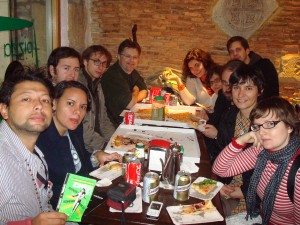 Let me be straight. I hated 99% of the films at this festival. Essentially it’s a platform for experimental arthouse films. But… it’s a very special festival. Long standing and an Oscar qualifier for short films, it shares it’s home with the world famous Guggenheim Museum. IF you have made an arty film, you MUST apply to this festival. The town is a lovely place to wander through, the theatre where films are screened is breathtaking, the organisation tram top notch and friendly, and the filmmaking community is wonderful. We all stay in one hotel, and for me at least, it was an enriching experience… aside from the films! 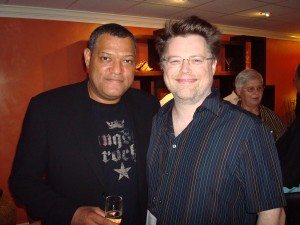 The venue for this festival is a hotel that would feel quite at home in a Bond movie (the whole lower floor is a fish tank – like a trillion gallons of it!) While just outside is a kind of grown ups theme park with water slides, the beach and exclusive bars. Opulent and a little plastic fantastic for sure. Across the bridge is the old town where you can experience the real Bahamas. The parties, events and celebrity guests are all staggering. The screenings were the only weak link for this festival as they were not well attended in the year I attended. But blimey Charlie, flying out of rainy London in December and landing in paradise for a week long filmmakers love-in takes some beating. Apply and pray you get in. 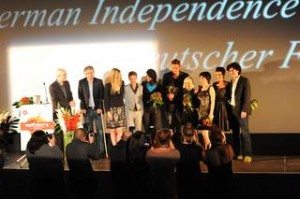 Oldenburg is a small town and another curious location for an international festival. Everyone who attends gets the super star treatment with amazing events and screenings and a hip central hub for the festival community. Certainly more serious and sincere than some of the other festivals I attended and in some ways much like Bilboa (though more mainstream for sure), Oldenburg would make an amazing platform for a film that is perhaps more serious, arthouse or harder edged than most.

I could keep going as most of the other festivals I have attended have been positive experiences with only a few (sadly in the UK) not delivering on their promise.

I did write an extensive analysis of my festival experience on the blog here, which further analyses my experiences and offers a spreadsheet you can use in your festival tour too. Read HERE.

FREE online seminar, 'Making Web Based Comedy and Films' with the Misery Bear Team
The 2 second film festival poll with live results... are they worth it?
How Getting Involved In A Community Film Festival Can Inspire You As A Film Maker
Mankind Is No Island, Interview and Film
50 Kisses selected for the Rhode Island International Film Festival 2014
Tomorrow I Fly Out To Finland for the Tampere Film Festival, and maybe the Northern Lights

Edgar Wright Genesis: the Guerilla Filmmakers Handbook archive interview from 2005
Why telling YOUR story is an essential act of creation – both for you and the world