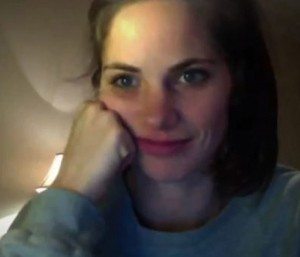 One way to get the industry to notice your work is to be blisteringly original.

When I teach the Guerilla Filmmakers Masterclass, I present a five stage career plan. This is a stage three ‘door opener’.

I have noticed that most filmmakers screw up because they don’t understand that there is a time to learn basics, a time to develop your voice and a time to make a big splash. All distinct stages and best if not mixed up or you could end up with an epic failure for a first film.

But how to make a big splash without a big budget?

It’s tough, but this short film, Noah (Written, Directed, and Edited by Patrick Cederberg & Walter Woodman) manages it with aplomb.  No Red camera, no big name actors, no high concept… just a computer screen, an authentically written and performed story, and some very clever animation, editing and screen capturing.

It is both immediately recognisable and staggeringly truthful. I really got it, especially the world of multi-tasking music, web pages, chats, Skype etc.

For me, that’s the sign of a film that is remarkable – that is, ‘worthy of remark’ (I wrote a blog entry about this HERE).

If I were an actor being seduced to commit to this filmmakers first feature film, or an agent being wooed, or an executive looking for someone who has their pulse on where the film industry is headed, I would sure have coffee with these guys.

Of course I would want it backed up with a wider body of work, but this single piece of work will open doors.

The film does not go for a hard hitting final punch, BUT… it more than makes up for that by being desperately honest. Truth is something I have blogged about a lot recently, something I see rarely in new filmmakers work (blog HERE). I don’t know about you, but I felt my stomach turning half way through as I empathised with Noah as he made questionable choices that were emotionally driven. It captures beautifully the turbulence and insecurity of early love.

Great work and hats of to the filmmakers for their innovation.

Thanks to @DonMcVey for sending me the film link.

Neil Gaiman Keynote Speech: Embracing Change and Mantra’s for a successful creative life
Well that happened...! Blood, guts and glory at Guerilla Film Masterclass
Stop Wasting Your Time And Make Your Damn Art
The future of the British Film Industry is in YOUR hands, and not in 'THEIR' hands...
The Guerilla Filmmakers Handbooks have a new shiny website
How cliché is your script? Can you see your work in these two trailers?
How we find the truth by telling lies
It all began when I was a paper boy in Wigan…