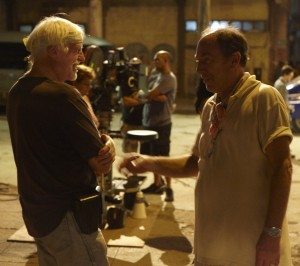 My good friend and cinematographer Vernon Layton shot a film (he was also a producer it) last year called ‘Day Of The Flowers’ and I am planning a Script To Screen event with him and the film very soon, but in the mean time, if you get chance, try and see it on the big screen in your local multiplex, it’s a real crowd pleaser.

Here are a few of the most recent reviews…

The movie looks fantastic….drenched in sunlight and with a fabulous Cuban soundtrack – Female First

The star has to be Carlos Acosta…it would be good to see more of him on the big screen. – The Film Review,

Cuba really does look gorgeous…Wakefield’s a lot of fun to watch. – Contact Music

A charmer of a drama from John Roberts – Scottish Herald

You can check if its screening near you HERE. And they have a Facebook page HERE.

Episode two of our Xmas web series goes live with 20k views!
Tomorrow… Screenwriting Immersion Begins Online at LondonSWF365
One Create50 horror story of how a writer lost their script… completely
‘50 Kisses’... and the winner is...
I think I’m gonna need a bigger notebook! LondonSWF365 exceeding even our hopes...
Top 6 things you should do to share your stills with the online community, journalists and media channels
What’s the number one reason you won’t get hired to make THAT movie?