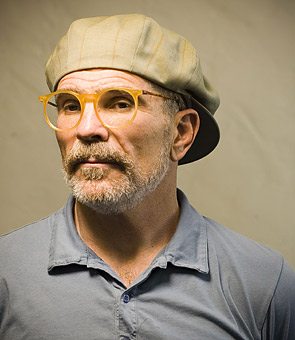 I posted this on the LSF site and Facebook yesterday, but it’s so good, I decided to share it on my blog.

It’s a memo written by David Mamet to the writing team on ‘The Unit’ and has been circulating the web for some time.

For me, it nails the essence of screenwriting, especially for lower budget more talky films as well as TV.

I hope you get as much from it as I did.

“To the writers of the unit

As we learn how to write this show, a recurring problem becomes clear.

The problem is this: to differentiate between drama and non-drama. Let me break-it-down-now.

Everyone in creation is screaming at us to make the show clear. We are tasked with, it seems, cramming a shitload of information into a little bit of time.

Our friends, the penguins, think that we, therefore, are employed to communicate information — and, so, at times, it seems to us.

Question: what is drama? Drama, again, is the quest of the hero to overcome those things which prevent him from achieving a specific, acute goal.

So: we, the writers, must ask ourselves of every scene these three questions.

The answers to these questions are litmus paper. Apply them, and their answer will tell you if the scene is dramatic or not.

There is no magic fairy dust which will make a boring, useless, redundant, or merely informative scene after it leaves your typewriter. You, the writers, are in charge of making sure every scene is dramatic.

This means all the “little” expositional scenes of two people talking about a third. This bushwah (and we all tend to write it on the first draft) is less than useless, should it finally, god forbid, get filmed.

If the scene bores you when you read it, rest assured it will bore the actors, and will, then, bore the audience, and we’re all going to be back in the breadline.

Every scene must be dramatic. That means: the main character must have a simple, straightforward, pressing need which impels him or her to show up in the scene.

This need is why they came. It is what the scene is about. Their attempt to get this need met will lead, at the end of the scene, to failure – this is how the scene is over. It, this failure, will, then, of necessity, propel us into the next scene.

All these attempts, taken together, will, over the course of the episode, constitute the plot.

Any scene, thus, which does not both advance the plot, and standalone (that is, dramatically, by itself, on its own merits) is either superfluous, or incorrectly written.

And I respond “figure it out” any dickhead with a blue suit can be (and is) taught to say “make it clearer”, and “I want to know more about him”.

When you’ve made it so clear that even this blue-suited penguin is happy, both you and he or she will be out of a job.

Any dickhead, as above, can write, “but, Jim, if we don’t assassinate the prime minister in the next scene, all Europe will be engulfed in flame”

we are not getting paid to realize that the audience needs this information to understand the next scene, but to figure out how to write the scene before us such that the audience will be interested in what happens next.

Yes but, yes but yes but you reiterate.

And I respond figure it out.

How does one strike the balance between withholding and vouchsafing information? That is the essential task of the dramatist. And the ability to do that is what separates you from the lesser species in their blue suits.

Start, every time, with this inviolable rule: the scene must be dramatic. It must start because the hero has a problem, and it must culminate with the hero finding him or herself either thwarted or educated that another way exists.

Look at your log lines. Any logline reading “Bob and Sue discuss…” is not describing a dramatic scene.

Please note that our outlines are, generally, spectacular. The drama flows out between the outline and the first draft.

Think like a filmmaker rather than a functionary, because, in truth, you are making the film. What you write, they will shoot.

Here are the danger signals. Any time two characters are talking about a third, the scene is a crock of shit.

Any time any character is saying to another “as you know”, that is, telling another character what you, the writer, need the audience to know, the scene is a crock of shit.

Do not write a crock of shit. Write a ripping three, four, seven minute scene which moves the story along, and you can, very soon, buy a house in Bel Air and hire someone to live there for you.

If you pretend the characters cant speak, and write a silent movie, you will be writing great drama.

If you deprive yourself of the crutch of narration, exposition, indeed, of speech. You will be forged to work in a new medium – telling the story in pictures (also known as screenwriting) this is a new skill. No one does it naturally. You can train yourselves to do it, but you need to start.

I close with the one thought: look at the scene and ask yourself “is it dramatic? Is it essential? Does it advance the plot?

If the answer is “no” write it again or throw it out. If you’ve got any questions, call me up.

Terrific Video Interview With 'Hero's Journey' Guru Chris Vogler
Why producers WILL NOT READ YOUR SCRIPT - shocking case study from one exec
Rocketboy rewrite begins
Talent is great BUT relationships get you hired
10 Mistakes People Make Writing and Working In Television
50 Kisses: The poster designs are in…. which would you choose?
How cliché is your script? Can you see your work in these two trailers?