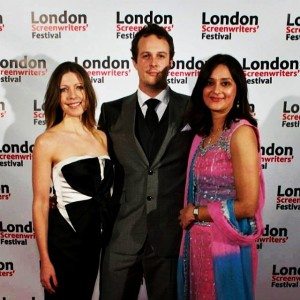 On February 13th 2014, crowdcreated feature film ‘50 Kisses’ was simultaneously premiered and released in the UK – http://www.50kissesfilm.com/

At a capacity screening at the Genesis Cinema, cast, crew, friends and family gathered with us to celebrate in style.

To say the journey has been extraordinary would be an understatement. We shot this short video for the filmmakers and writers who could not attend the premiere.