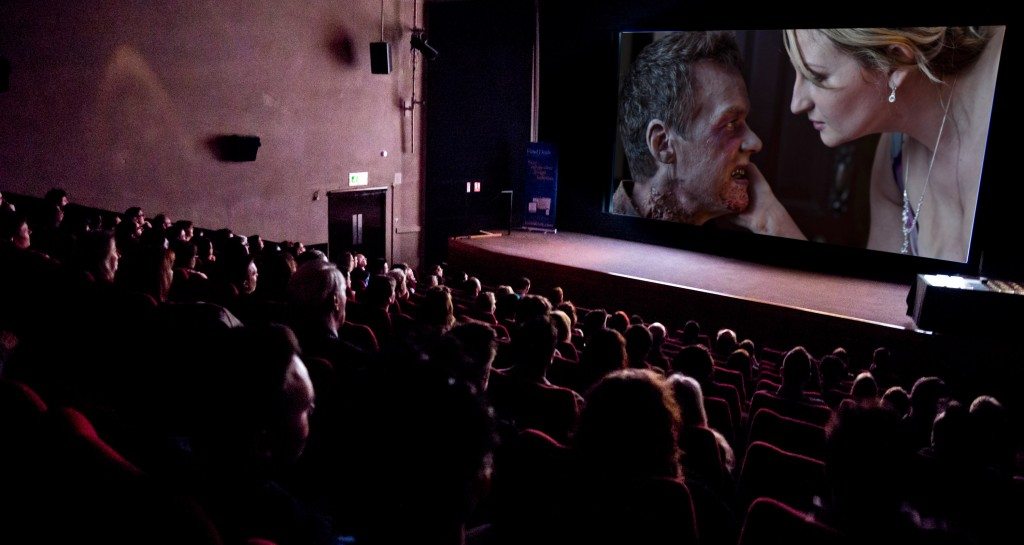 Copying and sending out DCP drives and the importance of naming conventions is something that can bite you on the ass as you enter distribution and your films festival run.

I am prepping DCP’s of 50 Kisses for cinemas now, and I am sending it out on 64gb USB 3.0 pen drives. The DCP itself is 35gb as we had a more aggressively compressed version created instead of the higher quality one that would be more like 100gb. I could not see any difference in the cinema and the upshot is we had a more portable version of 50 Kisses. Our DCP was mastered by Soho Digital Cinema.

Making a DCP of your film for screening in a cinema is one thing, but what you might not know is how important it is to name your files correctly.

Get this wrong and your DCP may be rejected by projectionists who are sick and tired of files turning up with no clear instruction as to what is contained – is it scope? 5.1? stereo? English language? You’d be amazed how many different variants there are.

For instance the file for 50 Kisses is named

There is a full breakdown in the chart below – click to expand.

All this data is online at http://digitalcinemanamingconvention.com where this chart was downloaded.

The DCP we have is unlocked which means it can be played anywhere and at any time.

A locked DCP will only play under certain predefined circumstances such as dates and locations (down to the projector at a venue and specific time and date). A locked DCP will need a key known as a KDM (Key Delivery Message). For low budget films, it’s probably best not to have a KDM as it can lock you out of a screening if you are unprepared. It’s an extra cost and hassle you don’t need, though it does mean your film could be copied. Having said that, if there are hidden vimeo links, DVD’s or BluRays flying around, they are MUCH more vulnerable to copying.

I have chosen to send the DCP out on 64gb USB 3.0 pen drives formatted in NTFS. I know some older servers may have issues reading these drives, but so long as I get the drive to the projectionist in time, if there is a problem, I can make sure I get my 100% industry standard hard drive to them in good time. Fingers crossed we don’t have any problems. I don’t think we will.

Alongside the DCP files on the drive, I have also included some basic notes as a text file explaining what’s contained on the pen drive. I have also clearly labelled the USB drive with the name of the film, file format (in this case NTFS) and my contact details on a sticker on the outside. Again, you’d be amazed how many people forget this basic stuff.

This DCP will now head off to Birmingham for the screening coming up at the iMax on June 7th – you can get tickets here http://www.50kissesfilm.com/imax-birmingham

As for the big debate of should we home encode or use a professional company to generate the DCP in the first place, I think I would personally get Soho Digital Cinema to do it for me. If it’s a super low budget short, yes do at home, but for a feature with any grand ambitions I would get the experts to do it, just like my accountant does my accounts.

Worst performance at US box office in 10 years... what does this REALLY mean for filmmaker...
How To Self Distribute A Film: Masterclass with Marcus Markou (Podcast)
Dynamo Player shuts down.
HMV and Blockbuster deserved to fail
Demystifying Distribution: Real World New Distro Case Study Strategy and Tactics

Why producers WILL NOT READ YOUR SCRIPT – shocking case study from one exec
I promise you, World Record Breaking film ’50 Kisses’ is going to be MASSIVE in Birmingham! Tracey Flynn