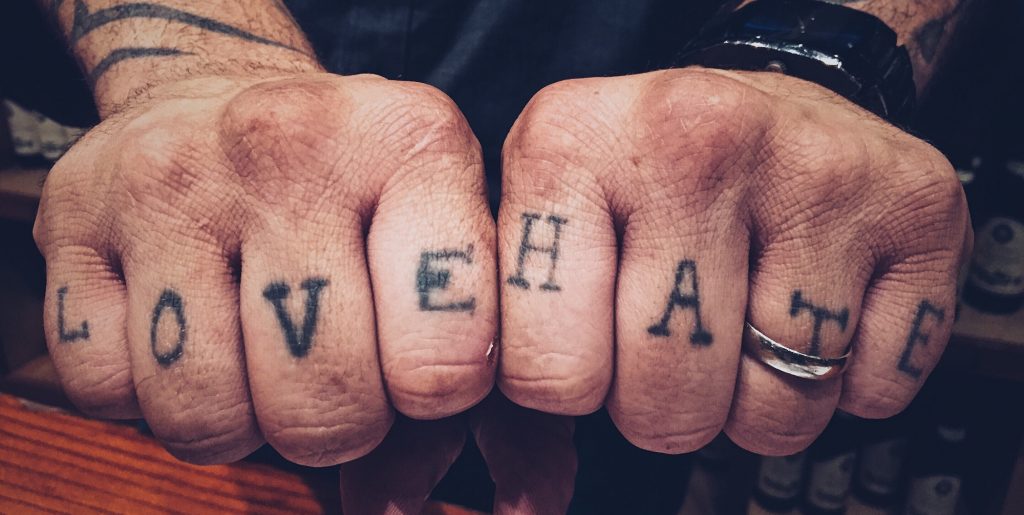 So on Tuesday I posted a blog about peer groups, and also emailed it out to my newsgroup.

I got about fifteen messages back and the responses were quite polarised.

You can read the original blog HERE but in short, the message of the piece was that we are heavily influenced by those around us and sometimes it makes sense to move away from existing peer groups into new peer groups where you will be more inspired and challenged.

Here are some of the responses I received (slightly edited to either maintain anonymity or for brevity). It’s clear that the post hit some raw nerves.

I reached out to all but one of the people who felt upset by the article and one has since responded back having changed their views. The others did not respond.

So what to make of this?

All these responses are filtered through the beliefs of the writers.

By that I mean they have a pre-existing belief that the message I sent out either chimed in with, or contradicted.

For some the message amplified a belief that was very dominant in their lives right now. Perhaps ‘My family does not understand me’ or ‘my friends are wasting their lives and I want to do something with mine’.

For others the clash with their belief was so significant that they felt the need to send emails to tell me I was wrong, that I should never contact them again. Perhaps their beliefs were ‘one of my friends is doing really well right now, and I am as good as they are, it should be me too’ or ‘I don’t want to lose my friend to success as they will leave me’.

One person wrote ‘I find this vaguely offensive. I don’t know you and you don’t know me.’ This person believed I was rude. Yet others clearly believed otherwise.

Here is the problem. We think our beliefs are facts.

We filter every experience in our lives through our beliefs, looking for agreement or disagreement.

So what is a belief?

A belief is a strong feeling that something is true. It’s not religious (though it can be of course)

Crucially, beliefs are not facts, they are opinions.

And once we lock in on a belief, we begin collecting evidence that we are right.

Have you ever been in argument and sought the opinion of another person to back you up? That’s just you collecting evidence that your belief is the right one and theirs is wrong.

And human beings will go to extraordinary lengths to be right. Check out Facebook for beliefs running amok.

Here are a smattering of common disempowering beliefs I hear routinely from filmmakers and writers.

I have also sinned myself and uttered most of them at one time or another.

Notice how each of these beliefs closes down a possibility by stating something in a ‘I tried and it’s impossible’ kind of way. It’s an absolute. No wiggle room.

Notice how most of these statements also shift blame to others or external forces.

What this statement is probably saying is ‘I tried seven things and none worked and I am not prepared to try any more, so I have given up on it’. That’s usually closer to the truth right? It’s easy to see this in others, but humbling to acknowledge in oneself.

We fail, and then we blame others or external forces for our failures. And by the way, failure is an ESSENTIAL component of success.

And if you have the courage to read it, I posted a correspondence between a writer and an exec a few months back – see if you can see the diss-empowering beliefs in the words of the writer HERE.

So the big question for all of us is this…

Do our beliefs empower or disempower our lives and possibilities?

Many of us did not design our beliefs, they were shaped by our parents, families, teachers, peers, work colleagues, media…

And yet we live our lives by these beliefs.

In the responses I received above, can you hear the beliefs behind some of the words?

And do the beliefs of the writers above empower or disempower their lives and possibilities?

Take a step back from your own life. Then consider should, or could you re-design YOUR beliefs instead of just inheriting the ones given to you by others?

And then maybe, design and choose new beliefs that empower, and not ones that feed into fear and disempower.

We receive what we perceive.

So don’t just accept your inherited beliefs as fact.

Have courage and challenge your beliefs. In this moment you may well end up challenging the beliefs of those around you too. The beliefs of your peers.  And then you will quickly find out if your peers empower you or diss-empower you.

See you at the Oscars!

Top Ten Tips For Making A Contract, a Film Makers and Producers Guide
The tricks of a mind reader... use mystery at EVERY stage of story development
Why Star Wars endures so powerfully... It’s nothing to do with fan boys and EVERYTHING to ...
How Filmmakers Consistently Climb Mount Impossible... Four strategies to get you on set
Top Ten Alfred Hitchcock quotes for writers and filmmakers
Networking With Film Makers… how do you do it?
The FIVE reasons your career is held back… and how to fix it
250 seconds that will re-ignite the passion in any filmmaker or screenwriter