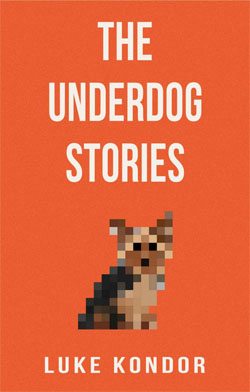 I’m going to get serious with you.
The odds are, you’re never going to make it.
Not as an artist, a writer, a filmmaker, whatever.
You’re going to spend your life ‘trying’ to make it until the day you lose the energy and resign yourself to a life of doing work you hate.
Somebody once told me the frightening statistic that you’re more likely to be struck by lightning then you are to make a living as a Hollywood screenwriter. Doesn’t that scare the shit out of you? And it’s not just screenwriting. It’s equally as bleak in most creative fields.
The thought that you could be wasting your life, running around in the rain, pointing your metal rod to the skies shouting ‘hit me dammit, hit me!’
You do realise that it doesn’t have to be like that. You could just come inside, have a cup of tea, and make your art. It’s nice inside. It’s warm and there’s biscuits.
The only reason you haven’t produced the script yourself is because you’re waiting for someone to say ‘it’s good enough’.
Rather than sending your script to hundreds of competitions expecting a miracle, why not just raise the money yourself? Make a short film, make a web-series, make a book, make something, make your art.
When you submit your script to that competition you’re really saying ‘please like me’. You want someone to give you the go ahead. You’re the sheepdog waiting for its master to give it the nod to proceed.
You don’t need a master. You don’t need a nod. The only approval you need is your own. Give yourself a chance, be brave, and put your art into the world.
Make it so good that Hollywood comes looking for you.
Sci-Fi Writer Hugh Howey self-published his book Wool on Kindle, and now Ridley Scott’s Production company bought the rights to it. He didn’t knock on their door. They knocked on his.
Thriller Writer Theresa Ragan was rejected by agents a thousand times over the period of 19 years. She’s since self-published her work and has sold over 300,000 copies. An agent didn’t do this for her. She did it for herself.
Writer/Director Simon Cox is crowdfunding the budget needed for his epic UK Sci-Fi film Kaleidoscope Man in five stages. He’s halfway to making his £80,000 budget! What would you make with that much money?
What about you?
What are you waiting for?
Whose approval do you need?
Why waste your time on all of that nonsense and go make your art. Life is too short to be worrying about all that.
Here’s what I’d recommend you to do today:
1.) Decide what you’re going to make in 2015. Write it down in big capital letters and put it somewhere you’ll see every day.
2.) Tell someone about it. Post it to your Facebook wall. Put it in your Twitter profile. Make it public. This is all about holding yourself accountable.
3.) Take one step forwards in that project every single day. It could be something small like e-mailing an actor, ordering some flyers, writing 100 words, etc, or it could be something bigger. It doesn’t matter as long as you do something every day. It’s all about momentum.
4.) Finish it. Let me know about it. I want to see your work.
5.) Repeat steps 1-4.
So do you want to waste your life out in the rain or do you want to come inside and get stuck in with the real work?
Just to prove that I’m practicing what I’m preaching. I just brought out my own book of short stories on Kindle and as I write this it’s FREE. I’d love for you to check it out. It’s called The Underdog Stories.
Luke Kondor is an award winning writer man. He’s written some things about some stuff and has plans to move into writing other things about other stuff. His book The Underdog Stories is AVAILABLE NOW. He also podcasts and blogs at lukekondor.com
@lukeofkondor

'Welcome To The Punch' writer director Eran Creevy interview about how he broke into the f...
Werner Herzog Top Thirteen Quotes For Filmmakers
Top Ten Tips For Making A Contract, a Film Makers and Producers Guide
The FIVE reasons your career is held back… and how to fix it
Edgar Wright Genesis: the Guerilla Filmmakers Handbook archive interview from 2005
Why I think The Sony Hack and email revelations are shocking and deplorable
’50 Kisses’ Released Online on Christmas Day… Looking back at the journey