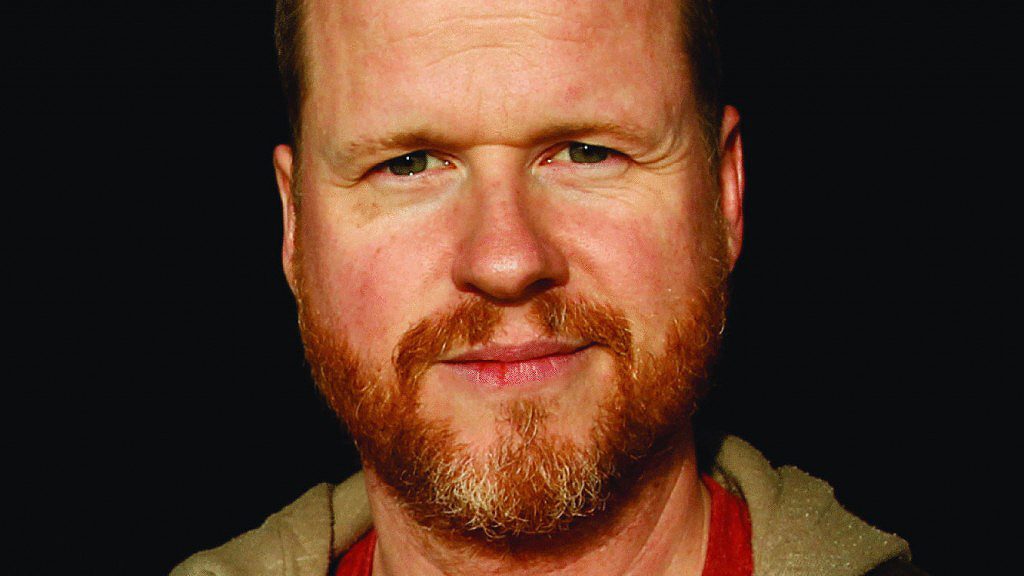 To mark the launch of the second Avengers installment, I thought I would share 38 of my favourite Joss Whedon quotes. Undeniably, the man has extraordinary insight into story, but it’s his deep understanding of humanity that grabs me most. So much of the way he sees the world resonates for me. Every year we work on getting him to the London Screenwriters’ Festival – and one year we will make that happen. And what a day that will be!

OK here are some gems to inspire, inform and help us see that our work has greater value than we can possibly imagine. Go Joss!

‘Write it. Shoot it. Publish it. Crochet it, sauté it, whatever. MAKE.’

‘Never sit at a table you can’t walk away from.’

‘You learn something every time you make a mistake.’

‘People with real power never fear of losing it. People with control think of little else.’

‘The stupidest person in the room might have the best idea’

‘Make it dark, make it grim, make it tough, but then, for the love of God, tell a joke.’

‘Recognizing power in another does not diminish your own.’

‘Writers are completely out of touch with reality. Writers are a crazy person. We create conflict – for a living. We do this all the time, sometimes on a weekly basis; we create horrible, incredible circumstances and then figure a way out of them. That’s what we do.’

‘Passion. It lies in all of us. Sleeping… waiting… and though unwanted, unbidden, it will stir… open its jaws and howl. It speaks to us… guides us. Passion rules us all. And we obey. What other choice do we have? Passion is the source of our finest moments. The joy of love… the clarity of hatred… the ecstasy of grief. It hurts sometimes more than we can bear. If we could live without passion, maybe we’d know some kind of peace. But we would be hollow. Empty rooms, shuttered and dank. Without passion, we’d be truly dead.’

‘Stories come from violence, they come from sex. They come from death. They come from the dark places that everyone has to go to, kind of wants to, or doesn’t, but needs to deal with. If you raise a kid to think everything is sunshine and flowers, they’re going to get into the real world and die…. That’s the reason fairy tales are so creepy, because we need to encapsulate these things, to inoculate ourselves against them, so that when we’re confronted by the genuine horror that is day-to-day life we don’t go insane.’

‘If somebody is in a story, they need to be there for a reason, and not just to set up somebody else’s story.’

‘There are many films and TV shows I make where people find themselves in fantastical situations; as often as possible, their reactions to it are very normal.’

‘Ultimately what I end up writing about is helplessness and the flipside of that, empowerment.’

‘The secret to multitasking is that it isn’t actually multitasking. It’s just extreme focus and organization.’

‘TV does a thing that film can never do. It takes you to a place that no novel written after the late 19th century can. You can just go through people’s lives; it’s like a marriage.’

‘The more you can create a structure by which people live in a fantastical situation and by which they will act, and the more you lay that out for the audience, the more they will feel at home in it.’

‘I think everyone who makes movies should be forced to do television. Because you have to finish. You have to get it done, and there are a lot of decisions made just for the sake of making decisions. You do something because it’s efficient and because it gets the story told and it connects to the audience.’

‘What I do like is hiking. And that’s what filmmaking is. It’s a hike. It’s challenging and exhausting, and you don’t know what the terrain is going to be or necessarily even which direction you’re going in… but it sure is beautiful.’

‘When you’re making a film, you have an obligation to fill the frame with life.’

‘I love fantasy. I love horror. I love musicals. Whatever doesn’t really happen in life is what I’m interested in. As a way of commenting on everything that does happen in life, because ultimately the only thing I’m really interested in is people.’

[Why do you write such strong women characters?] ‘Because you’re still asking me that question’

‘When people say to me, ‘Why are you so good at writing at women?’ I say, ‘Why isn’t everybody?’’

‘Equality is like gravity. We need it to stand on this earth as men and women.’

‘I don’t understand why or how anyone ever pulled off the whole idea of ‘women are inferior.’’

‘I was not popular in school, and I was definitely not a ladies’ man. And I had a very painful adolescence, because it was all very strange to me. It wasn’t like I got beat up, but the humiliation and isolation, and the existential ‘God, I exist, and nobody cares’ of being a teenager were extremely pronounced for me.’

‘I never give up on anything, because you come back around, and suddenly the thing you thought you’d never do is relevant.’

‘I tend to tell stories that have a lot of momentum; it’s not like ‘and then months later…’ I like things where the momentum of one action rolls into the next one so everything is the sum of that.’

‘I do listen to music. Movie scores, exclusively, because it’s all about mood and nonspecificity. I love the way modern movie scoring is all about nonspecificity. You know, if I shuffled the tracks from ‘Inception,’ I challenge you to tell me which is which.’

‘I go to movies expecting to have a whole experience. If I want a movie that doesn’t end, I’ll go to a French movie. That’s a betrayal of trust to me. A movie has to be complete within itself; it can’t just build off the first one or play variations.’

‘On one level, I must never lose touch with my audience. But I must, at some point, stop trying to get everybody to like me, and be true to the thing I think I need to say.’

‘Every vampire fiction reinvents vampires to its own needs. You take what you want.’

‘Limitations are something that I latch onto – like working in genre, or if you’re writing TV, there are act breaks, there’s a length of time it’s supposed to be. The restrictions of budget and sets can be really useful. When you can have everything, it’s very hard to make things feel real and lived in.’

‘I think it’s not inaccurate to say that I had a perfectly happy childhood during which I was very unhappy.

‘Science fiction is like a blender – you can put in any historical experience and take influences from everything you see, read or experience.’

‘I’m a very hard-line, angry atheist. Yet I am fascinated by the concept of devotion.’

And if you enjoyed these quotes, check out the podcast with Joss from BAFTA below…

If money were no object, what film would you write, what movie would you shoot?
What can story tellers learn from Andy Murray?
Top tips for directing when you’re the only beginner on set by Kat Wood
Top Ten Alfred Hitchcock quotes for writers and filmmakers
Top Tips For When Being Interviewed About Your Film
So we got another email from Oscars.org…

Why I choose to be an outstanding father.
14 tips for shooting your first feature film on a micro budget from Guerilla Film grad Brian Barnes