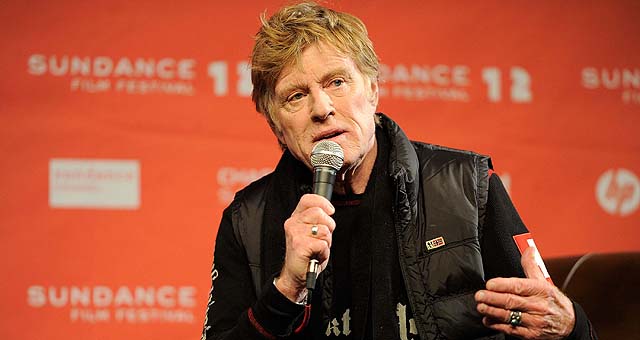 Movie star, filmmaker and founder of Sundance, Redford has had a fascinating career with some extraordinary movies and collaborations. First and foremost an actor and artist, his fusion with commerce is what gives him such interesting perspective, particularly to indie filmmakers who he clearly loves. Here are his top quotes…

‘Whereas money is a means to an end for a filmmaker, to the corporate mind money is the end.’

‘I’m interested in that thing that happens where there’s a breaking point for some people and not for others. You go through such hardship, things that are almost impossibly difficult, and there’s no sign that it’s going to get any better, and that’s the point when people quit. But some don’t.’

‘It’s a business and it’s a tough business, and you have to have the strength to survive all the set backs all the failures that make this a mean business, that’s getting meaner and meaner every year in my opinion.’

‘Be careful of success; it has a dark side.’

‘Ambiguity is something that I really respond to. I like the complexity of it.’

‘Filmgoers are starved for new ideas, voices and visions. ‘

‘The technology available for film-making now is incredible, but I am a big believer that it’s all in the story.’

‘Get emotionally connected to your story, if you can’t deliver the emotions to your script there’s no point to your story. Story is the key.’

Ray Bradbury: Top 15 quotes for writers and dreamers
‘Roger and Me’, Interviewing Roger Corman at the Great American Pitchfest, full Podcast
Top Ten Quotes for creatives by Steve Jobs
Extreme Shooting: Filming and editing 'Burning Man'
Filmmaking is a marathon and not a 100 meter dash... Pace for success