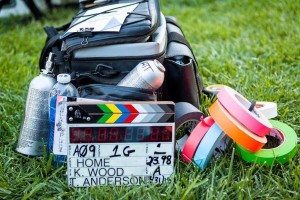 Earlier this year I directed my first short film. I had always thought that making my first film would be similar to most other people’s first short film experience – it’d be small scale, probably filmed in or around my own house with just a few people to help out. More like a ‘practice and learn’ exercise than anything else.

But then I won the Jameson First Shot Competition, and flew to LA to direct my very first short film starring Academy Award nominee Maggie Gyllenhaal and produced by Kevin Spacey. Every person involved with the film was a professional with way more experience than me. Faced with this learning curve, here are a few tips from my experience. 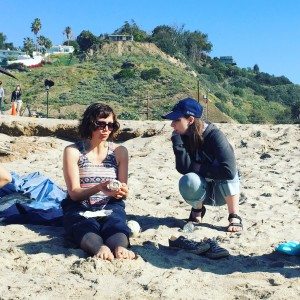 Be prepared
I’d been planning to direct for a little while already, so had read a lot of books, watched director’s DVD commentaries, learnt all I could about directing from the internet and asked questions of director friends. This background preparation was invaluable.

Ask questions
Even if you think it’s a stupid question, ask it. As a complete beginner, it’s also worthwhile throwing in a ‘is there anything else we should’ve covered that we haven’t talked about yet’, with your HoDs.

Be collaborative
The people working with you on your film are all trying to make it better. Get their input and get a better film.

Know your story
As a working screenwriter, my approach is that every directing decision I make should be informed by and in service to the story. If you know your story, then there shouldn’t be many questions that you struggle to answer ahead of the shoot or on set.

Communicate
Make sure that you communicate what you are looking for very clearly, and if you change your mind that’s ok, just say so and be clear about it.

Lead
Even if you have no experience directing like I did, everyone is expecting you to lead. Show confidence even if you don’t feel it, believe in yourself that you can do it and trust your instincts. After all, you can only make the film once!

Kat’s Jameson First Shot film HOME premiered at Paramount in LA on July 30th, and is available to watch on you tube, vimeo and at www.jamesonfirstshot.com.

Kat has a background in broadcast journalism, and works as a professional screenwriter. In 2014 she was voted on to The Tracking Board’s ‘young and hungry’ list, which lists the top 100 emerging writers in Hollywood and is voted for by industry professionals. She currently has three feature scripts under option and her first produced feature, ARTHUR & MERLIN, was released in the UK and US on DVD/VOD at the end of last year. Kat is a John Brabourne Awardee 2016 and is represented by Zero Gravity Management.

Shooting With Drones: Ten tips for filming astounding footage on a shoestring
Steven Spielberg: Top 15 Quotes for filmmakers and storytellers
Top ten Winston Churchill Quotes EVERY Filmmaker Needs To Hear
Ted Hope and Ed Burns discuss the value of failure in the creative journey
Catherine Hardwicke Genesis: How she wrote and directed her first film that led to 'Twilig...

What are you doing this weekend? Want to watch a stunning cold war drama and true Brit indie film?
So we got another email from Oscars.org…