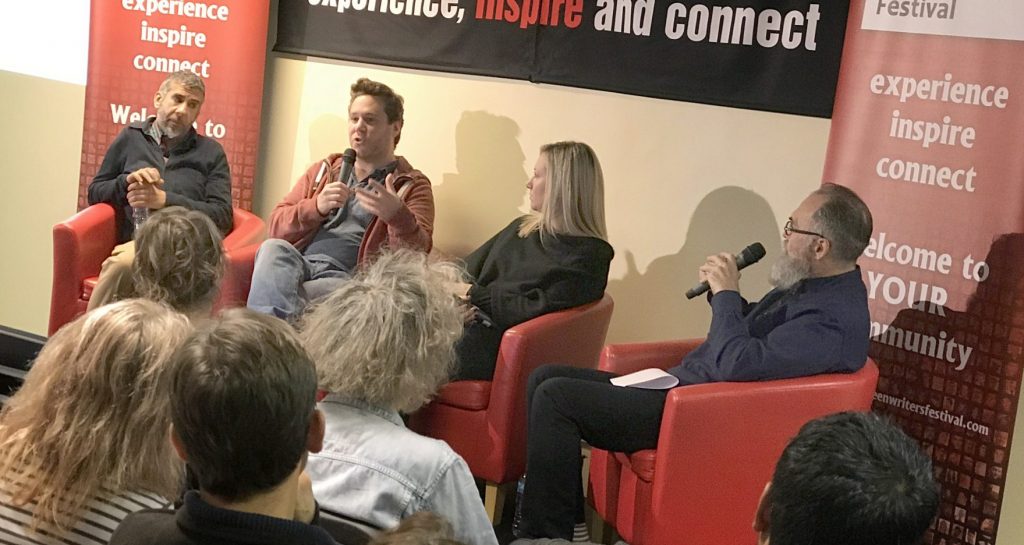 What EXACTLY will you need to deliver to your sales agents in order that they can sell your film?

We just ran the hugely successful Film Distribution Summit and as part of the weekend, we discussed sales agents delivery lists. I said I would share a list and here it is – this is by no means extensive and is also my own personal take on what a sales agent would NEED to sell you film (not what they might ask for), plus a few things that would make your life easy too.

Not all of these items will be needed by a sales agent, but most will. Some items, like the E&O policy can be negotiated around as it may never be needed depending on the sales you can secure. The cost of making up this extensive list of items could feasibly cost more than the production costs of an ultra low budget film. Speak to your sales agent and negotiate an exact list, and work out your budget for making up that list, BEFORE you sign any sales agreement.

It’s all digital now so save it in the cloud and send them links and a drive with everything on it.

Quicktime Pro Res File – Your film, fully graded and saved as either fully uncompressed or ProRes formats. Also includes the full sound mix, all channels uncompressed. You may have a stereo mix and 5.1 mix to consider also.

Quicktime H264 File – Your film, fully graded and saved as a lightly compressed H264 format file (should be around 7gb in size).

QC report – A quality control report from a reputable post facility that states that your film meets industry standards required (we usually QC to BBC standards). This is for both sound and picture.

DCP – Digital Cinema Print of your film (unlocked). A DCP can be made with high compression making it much smaller (we made on for a feature that was around 35gb and it looked fine). Do not master your own DCP at home, it will almost certainly fail.

Quicktime Pro Res File TEXTLESS – Your film, fully graded and saved as either fully uncompressed or ProRes formats WITHOUT TITLES. Also includes the full sound mix, all channels uncompressed. You may have a stereo mix and 5.1 mix to consider also.

Quicktime H264 File TEXTLESS – Your film, fully graded and saved as a lightly compressed H264 format file (should be around 7gb in size) WITHOUT TITLES.

Trailer – In ProRes, H264, and full sound mix and with textless versions too.

Stills set – 100 full colour images (NOT SCREEN GRABS) will be requested but you can get away with a handful as long as they are good.

Screenplay transcript – A script of final cut including all music cues. This isn’t your shooting script, but an accurate and detailed transcription of all the dialogue and action. You will need to sit down with a word processor and timecoded master of your film.

Distribution restrictions – statement of any restrictions or obligations (e.g. the order in which the cast are credited – unusual for low budget films but possible).

Chain of Title – contracts with everyone involved in the  production and distribution of the film. Needed to prove that you have the right to sell the film to another party. Usually the writer, director, producer, musician, cast and release forms from all other parties involved.

Certificate of Authorship – available from solicitor. You go in, pay a small fee, swear that the information is correct, they witness it and you have your certificates.

Certificate of Nationality – Apply via the BFI and is needed for the UK tax credit if you plan to claim. http://www.bfi.org.uk/film-industry/british-certification-tax-relief/european-certificate-british-nationality

Cast and Crew Contracts, Release Forms etc – All of your contracts saved as PDF files.

Errors and Omissions Insurance Policy (E&O) – a policy that indemnifies distributors and sales agents. Available from specialised Insurers (approx. cost £4-10k). You may be able to negotiate around this, agreeing to supply it if and when it is needed by any specific distributor.

EPK- Electronic Press Kit – ProRes Quicktime of interviews with actors and principal crew. Shots of crew at work, plus clips from film and trailer.

ArtWork – Posters, Keyart and any other artwork you have created, in multi layered PSD format and / or Adobe Illustrator (layered so that elements and text can be altered).

Sound Mix Stems – The complete sound mix of your film, usually saved as a ProTools project.

Music Soundtrack – Saved as stereo WAV files. It’s easy to supply so let them have it.

I would strongly recommend, at least in the first few years, opening a DropBox account and adding all these files to it, securing a near bullet proof cloud backup of all your master elements needed to sell your film. Of course keep local clones on a hard drive too.

Finally, remember you can start completing this list in post production and it will take many months to put it together.

NOTE – Some online platforms disallow URLs in titles, so you shouldn’t add your website or Facebook URL to the end titles. Thanks to filmmaker Brian Barnes for adding this at the Summit.

If  you have any personal experiences of making delivery of a film that you think could augment, enhance or expand this list, do leave comments below.

Four Eyed Monsters
How one filmmaker secured a UK distribution deal for their £30k horror movie WITH advance!...
What Can We Learn From SciFi Apocalypse Movie ‘Invasion Planet Earth’? Watch the Comicon M...
How and why filmmakers get screwed, or screw themselves, in distribution (and how to avoid...
How To Self Distribute A Film: Masterclass with Marcus Markou (Podcast)
The complete guide to UK film distribution for indie filmmakers