Who’d have thought making a film set in space would be so tricky?

The Watchers was shot in late 2016, and through the hard work of an amazing cast and crew, the pre-production and shoot itself went extremely smoothly (even with my own laptop almost falling off the set, see below).

Jumping straight into such an ambitious film straight after graduating, with professional adult actors and a fully constructed set of the International Space Station (thanks to the wonderful Jason Kelvin), was such an exciting time as a director. I’d like to discuss the process in detail once the film’s out (because the shoot is definitely still fresh in my mind…), but creating zero gravity by pushing a wheelie chair with a broom and hanging tennis balls from fishing wire was certainly a highlight.

The edit was locked soon after wrapping and we brought on composer Thibault Chavanis, whose score has become such an integral part of the film and taken it to new heights (I was banned from making space puns on set. It didn’t last).

Then it came to the visuals effects, and things came to a grinding halt.

The kindness and generosity of everyone who backed the film meant we could get it off the ground and get everything in place for a successful shoot, but the truth is VFX are very expensive and time-consuming for the standard we wanted. We were comparatively low on budget for a professional-looking final product, and didn’t want to compromise on that vision. I’ve done effects for a few of the shots and tried doing it all myself at one point, but we’d be waiting another year for release while I worked out what on earth “parallax” meant. 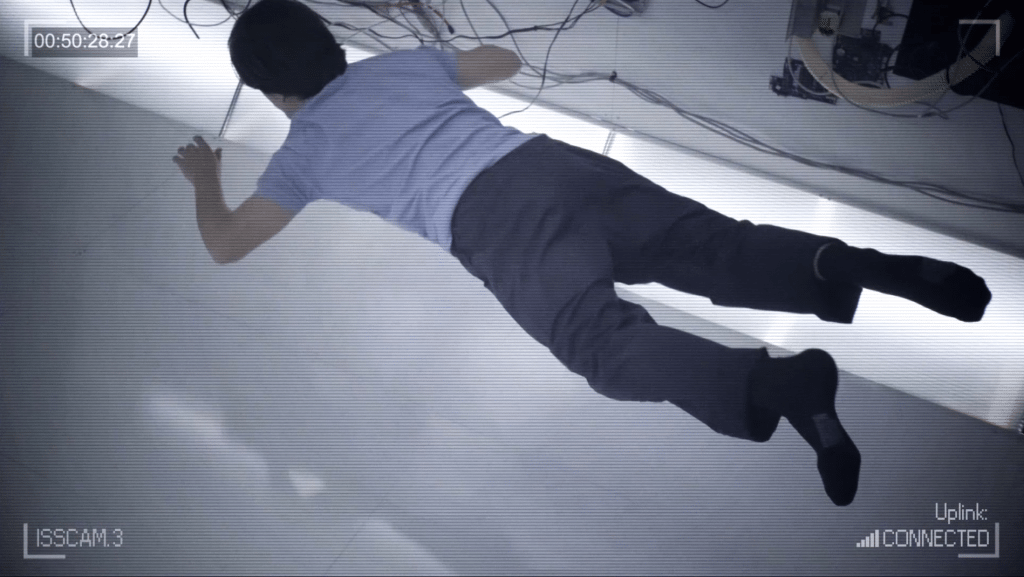 We contacted several production companies and their interns which looked positive for a while, but those options eventually fell through. I then came into contact with a filmmaker and digital compositor who offered to help for a reasonable cost. His professional background was legit and I enjoyed chatting to him, but after weeks turned into months with little to show and progressively more outlandish excuses while avoiding communication, things became very strange and obviously didn’t add up.

We should have moved on sooner, but the hope and assurances that the supposedly finished files were just around the corner was a powerful draw. It’s a learning curve, and a slightly depressing lesson about trust. Anyway, it’s now looking like small claims court for the sake of my small deposit. The film would’ve been out many months ago if it wasn’t for a con man (Andrew Scott Marshall, if any filmmakers come across him).

Thankfully we now have brilliant VFX artist Adam Wilkes on board and performing miracles, and we’re very nearly there. 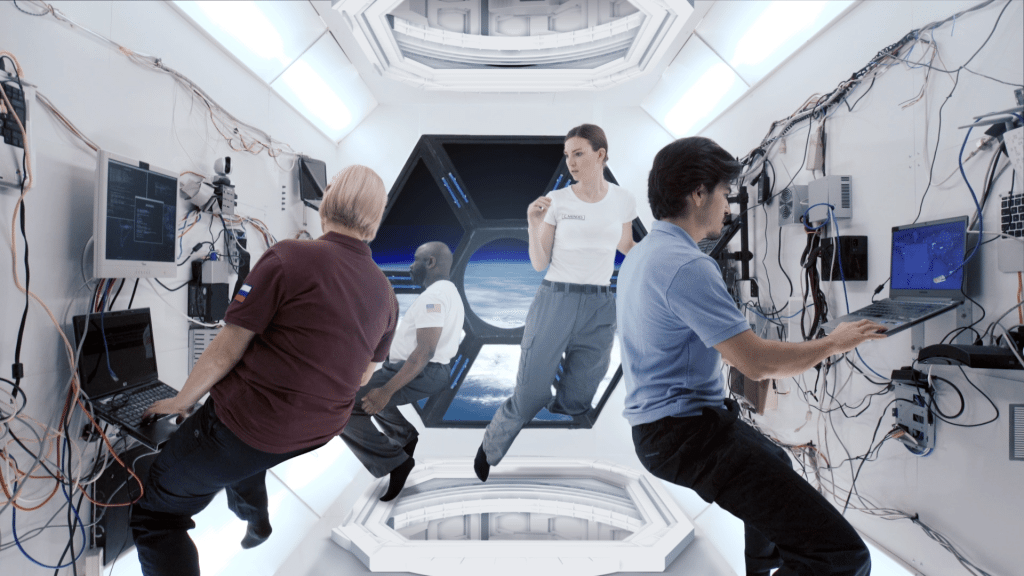 So thank you to everyone who’s followed and supported the film for this long, especially close friends who are likely sick of me going on about it and repeating “it’s getting there”. Obviously we expected it to be completed long ago, but hopefully this has explained the difficulties with post-production for a film with this much green screen and destruction.

Of course there are a few things I’d do differently now, like being bolder with shot choices and more playful with zero gravity, especially having learnt so much as a filmmaker since then. But it’s something I’m incredibly proud to have directed, and to have worked with so many talented people who helped make my original dodgy storyboards a reality. A longer wait inevitably sets higher expectations, but I do hope you think it’s been worth it. It’s definitely a better space film than The Cloverfield Paradox, but that’s not exactly a high bar to reach. It’s a small, intimate story with the backdrop of a Hollywood disaster film (for a fraction of a fraction of the budget), with fantastic performances of four very different characters dealing with an absurd, horrific situation in their own very human ways.

The film’s been in some stage of production for the entirety of my post-uni adult life, and in that time I’ve found a job as an editor, other projects have been written, shot and released, and general life stuff happened in between. I’m not quite sure what life will be like without that Premiere file staring back at me from the desktop, but I do know it’ll involve another stupidly ambitious film to obsess over for a while. Hopefully with fewer con men though.

There are so many people to thank for putting their trust into us and this project, and all will of course be credited at the end of the film. For now I’d just like to give a special big thank you to our Co-Exec Producers: Laurian Gridinoc and Susan Astley, without whom this film simply wouldn’t exist.

So when can we finally see it?

Or from April 28th, to be more precise.

Instead of an anticlimactic release online after all this time (and leaving it to the mercy of being watched on phones – the horror), or getting people together just for a 10 minute screening, I thought we’d get a few other filmmaker friends together to premiere their latest shorts for an hour, since there’s rarely an opportunity to share smaller independent films with an immediate audience. This includes another short which ties directly into The Watchers, Can She See Us Daddy, which I co-directed with David Jacobson, the writer and producer of The Watchers.

This will be on the Saturday 28th of April, provisionally at 7.30pm at Met Film School by Ealing Studios, and the film will be viewable online shortly after.

The Watchers and Can she See Us Daddy were primarily made for the Impact50 competition, a great initiative for collaborative filmmaking, then we’ll be submitted to festivals and other competitions (including one run by NASA…).

Not long now, so watch this space! 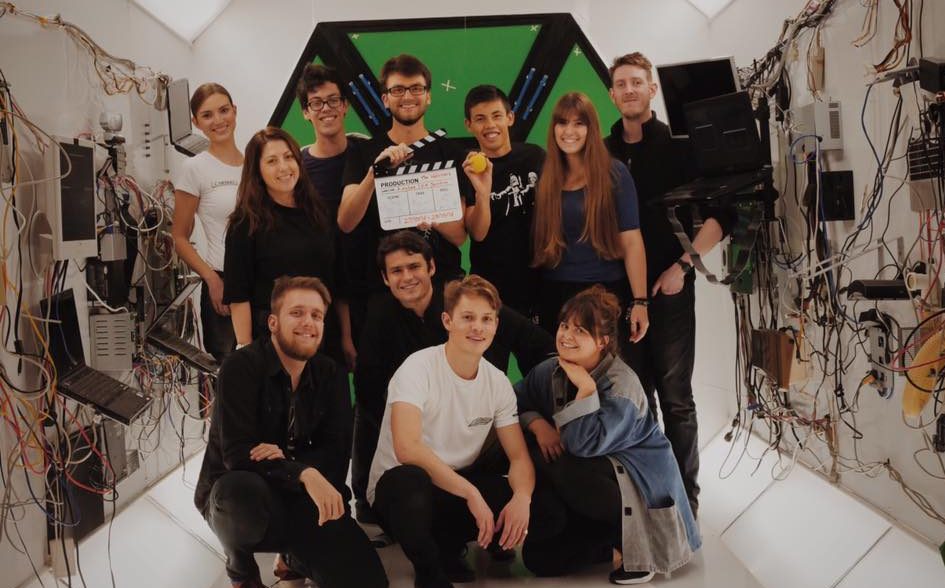 The Impact50 Countdown Has Begun… 100 days left to make your film
Filmmakers, spend one day shooting and be part of a global feature film
The Impact50 Trailer Has Been Launched… Get involved and make your micro-budget apocalypti...
Watch the Behind The Scenes From The President Speaks Shoot in the Oval Office
Can you write a Twisted Short Story to be published in our collection of Spine Tinglers?
How to organise, run and host a successful film premiere: Top 21 Tips

Watch inspirational dance film shot over two years, umpteen countries and with four generations of iPhone… and meet the filmmaker
The Impact50 Trailer Has Been Launched… Get involved and make your micro-budget apocalyptic short