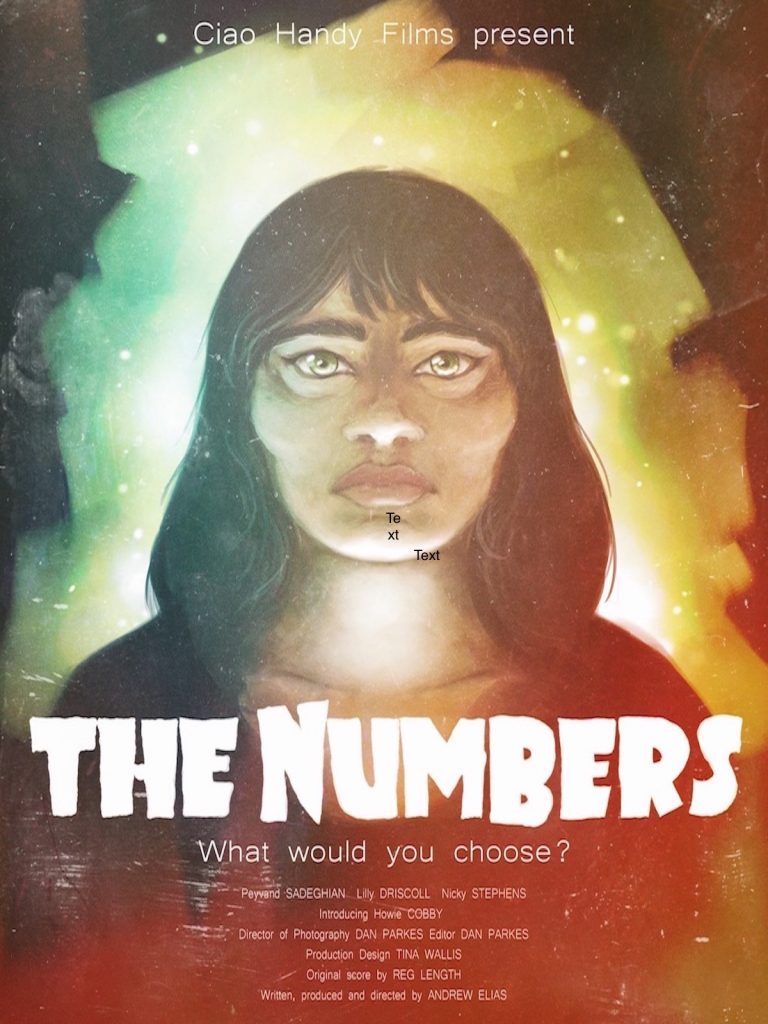 The Numbers is a supernatural thriller inspired in part by TV shows from the 1970s such as Tales of the Unexpected, and the Amicus and Hammer films of the 1960s and 1970s. It originally started life as a short film script, but as I was doing a re-write, I thought that I could add at least two more stories that I had written as shorts and make a portmanteau film with a common theme linking the stories. Once I had written the new screenplay with the two new stories included and realised that it was now a feature-length project, I contacted professional friends and asked them if they would be interested in getting involved. Thankfully, everyone was onboard, so I went ahead and booked the first location, a local bookshop. At this point, I knew there was no turning back, and that the film had to be made.

As well as the bookshop, I decided to use all local locations, with a mind to save time and money. The biggest lesson that I probably learned whilst making The Numbers was that it is incredibly hard to be both director and producer. With my director’s head, I wanted the scenes to be perfect, but my producer’s head was worrying about running over, or out of, time. Another bizarre decision that I made, was to shoot a day, then leave a four to six week gap until the next shoot day. This was partly due to me working full time as a school teacher at the time, so I scheduled shoot days in school holidays. I thought that leaving such a gap between shoot days may cause havoc with continuity, but as the film comprised of three stories in three different time periods (four, if you include the prologue and epilogue), we managed to not have too many issues. The time between shoot days gave plenty of time for reflection and improvements, but I don’t think I would shoot that way again.

Shooting scenes in different time periods also had it’s own challenges. The first shoot day in the bookshop was set in 1983, and fortunately the bookshop was stocked with plenty of antiquarian and vintage books, and didn’t have any thing that looked post 1983…until we noticed the email address of the shop on a sign on the window whilst editing! We purposely didn’t go overboard with period looks, but did have some nice details such as original pound notes from the 1950s and 1980s, an original 1980s phone, and even curtains from the 1970s, all thanks to my mum and dad’s extensive collection of stuff that they couldn’t bear to part with. Lilly Driscoll, the actor who played Millie in the 1950s story, brought her own, original 1950s costume and accessories, and Tina Wallis, our production designer, had chairs upholstered in original 1970s fabric, and made a 1950s uniform for Jess Collett, who played a tea room waitress, the night before the tea room shoot. 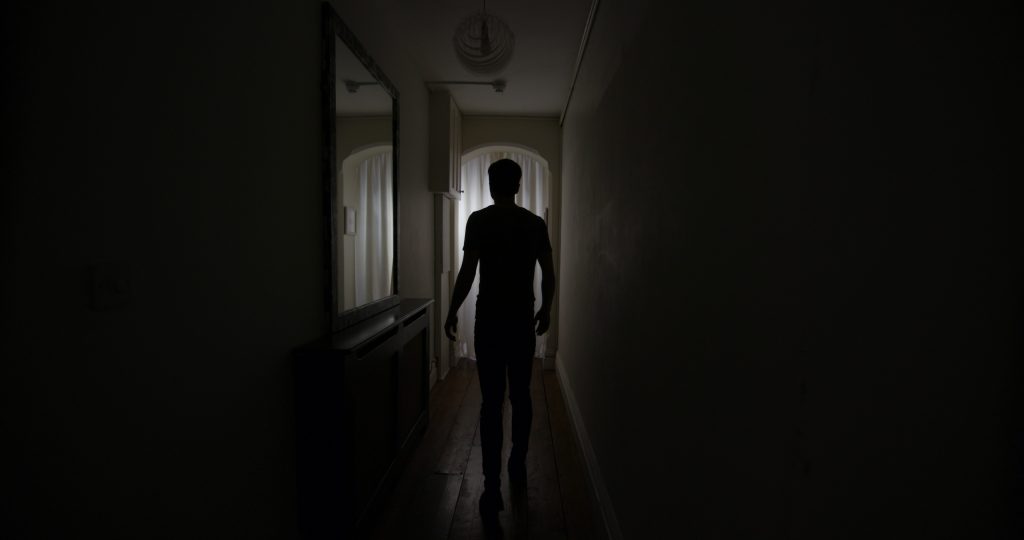 It was really important to have a strong core team to work with, and I was very fortunate to have Dan Parkes onboard as DOP/Editor/VFX wizard. Both Dan and Tina were our core crew on all shoot days, whilst we had other crew members on various shoot days that weren’t involved for the whole shoot, but all worked brilliantly within the team. On most shoot days there were no more than 5 or 6 cast or crew members, which meant that catering was home-cooked meals, or in the case of the restaurant shoot, Latin American food. I had worked with all of the actors before, apart from Jess, on various projects, so I already had a relationship with them, which I hope helped them trust me and the project. However, one of make-up artists Saffron, did think that she may have been turning up to a porn shoot as we were filming that day in my flat, and I had been quite vague with the details of what was required.

At about midway through the shoot, my faith started to falter a bit, and I felt as if we would never complete the film. What I found really useful was, like on the first shoot day, to set firm deadlines. Before we had even reached the last shoot day, I hired a cinema in Worthing for a premiere screening. With that deadline, we had to absolutely complete the film or risk financial loss.. Thanks to the efforts of Dan and our excellent composer Reg  Length (who is based in Norfolk, so involved a lot of sending files back and forth), we competed the film on time for the screening, although we actually sneaked in a couple of drone shots for the opening scene of the film just two weeks before. 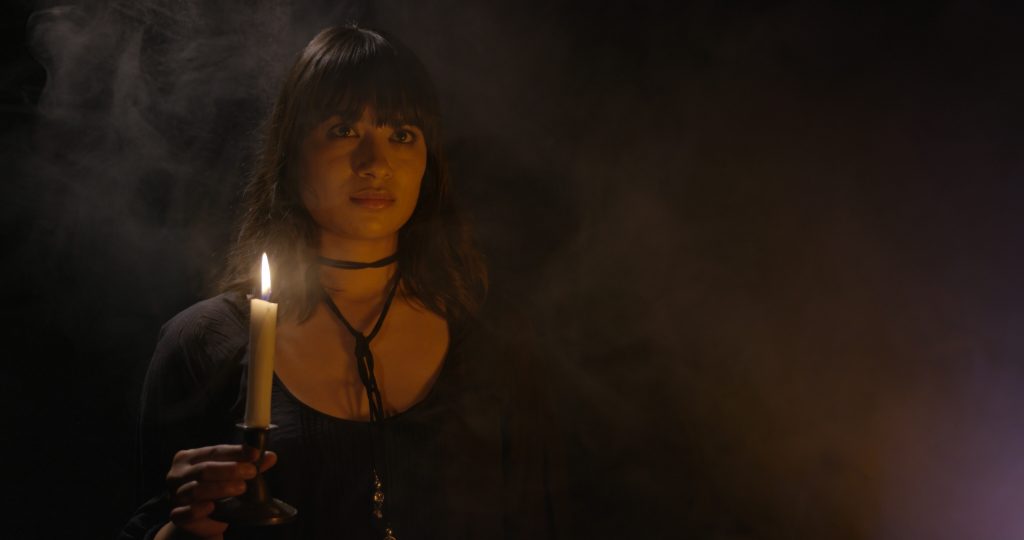 I had planned to release the film on a variety of Video on Demand platforms a month after the screening, but I was diagnosed with an aggressive tumour in my neck shortly after the screening which put me out of action for several months. I did manage to submit the film to a couple of film festivals before my operation, and we picked up two awards; one for Best Thriller, and one for Best Original Score by Reg Length. By March 2019 I had made a good enough recovery to look into uploading the film to Amazon, which was a very simple process, and The Numbers went live on Amazon on the 15th March.

What REALLY Happened At the Twisted50 Awards and Launch?
Get The Whole Twisted 50 Family for £25 in our May Madness Promotion!
Episode Three of our Xmas Film lands... watch here
Success lies at the crossroads between experience and opportunity
Watch the Twisted50 Audiobook Launch and Awards Video
So you wanna make a Sci-Fi? On a lower budget? By Martin Gooch
Short guide to film insurance