I just head that my old friend and filmmaker Johnny Kevorkian has died.

I met Johnny when he worked on our first film, The Runner, in the spring of 1990.

The production was crazy wild, we had so little idea what the hell we were doing! Johnny was around 16 and became the grip, in charge of track and dolly. We had rented one house where the entire crew lived, bunk beds in every room. Sometimes eight to a room. For the entire six week shoot on the border of North Wales. It was a defining time in all our lives and I will never forget it…

Though I do forget why Johnny was nick named Johnny Revolution. 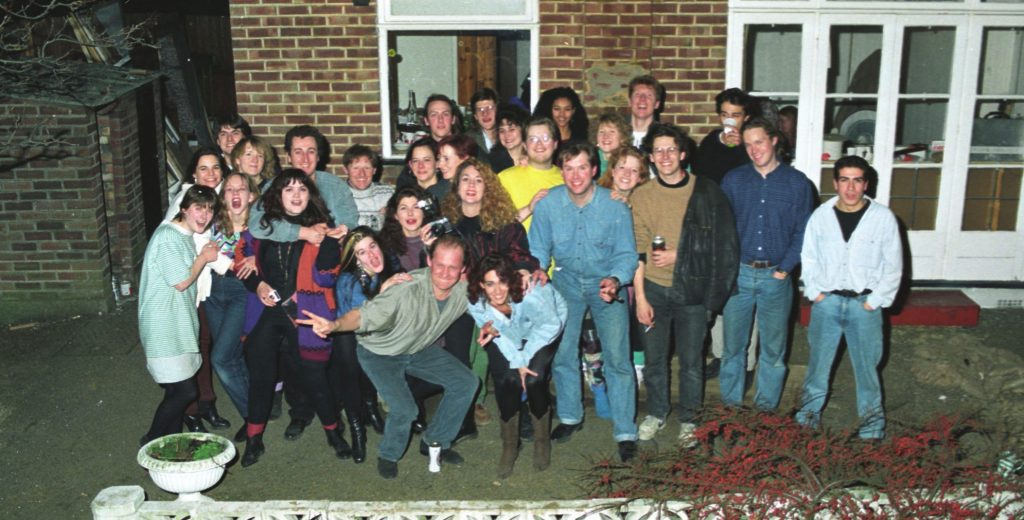 Johnny Revolution returned for our second feature too, on the far right of the crew shot here. By then he had begun his own journey to filmmaking proper, and within a decade had made his first feature and his career was launched.

Working with the kind of intensity and under extreme conditions as we did, everyone bonded on these films. We became family. And a loss like this is felt keenly, because we are… family.
Johnny, thank you for your unwavering support, especially at 3am, in the rain, on the side of a Welsh Mountain, among a band of kids who really knew no better. It really was the best of times. I am so glad we shared this together. I will miss you. We will miss you.

Nothing evokes memories like music, so here is the soundtrack to that crazy experience we share in early 1990, making a feature film against all odds…

DVD Cover printing - How to do it