The last three years have been brutal for me. As I know they have for so many others too. I am not unique in this regard.

While smarter people may have chosen to allow their companies to go under during the pandemic, I chose to fight through bankruptcy and have emerged from the other side. Not so much victorious, but alive, battle weary, scarred but stronger and with greater clarity about the future.

Looking back at my life I can see different era’s, epochs or chapters. They roughly fit into decades (though not that smoothly TBH). But let’s go with it for narrartives sake.

There was my transition from child to young man that culminated in my making a super 8mm zombie film. In the space of an hour when I premiered it one lunchtime at college, my path became clear. I wanted to be a filmmaker. One that made films for audiences. 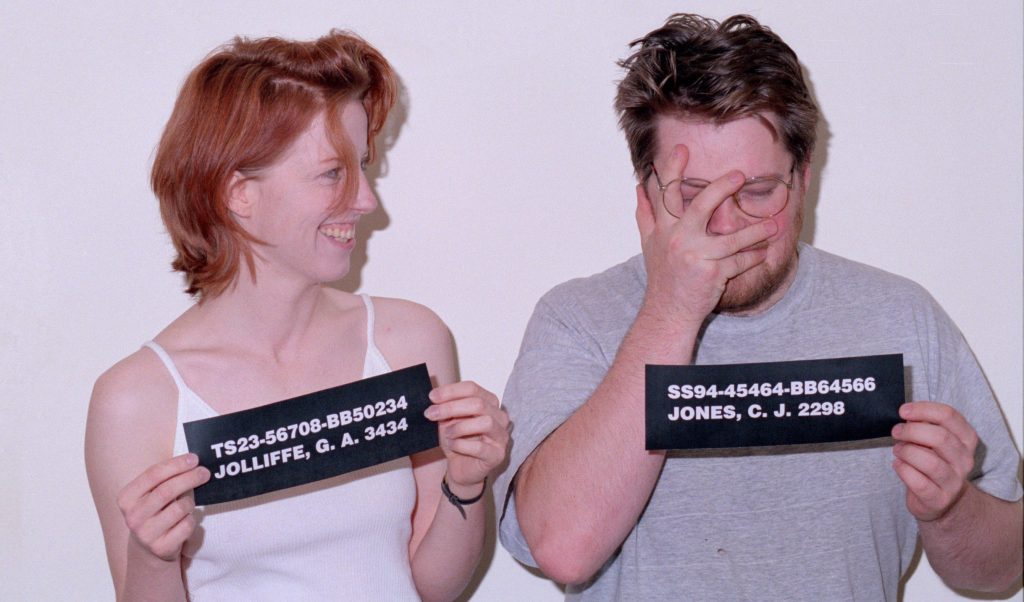 The nineties are where I began making feature films when there was no real independent film sector. Action thriller The Runner, serial killer White Angel, paranormal chiller Urban Ghost Story.

After the millennium and we entered the naughties, the Guerilla Filmmakers Handbooks and brand really took off and took me to extraordinary places, resulting in seven books and serving thousands through workshops. And remember that live TV show over the internet that we started in 2009? We were in the Blue sea there, but now that’s a deep red vermillion sea.

Then, as we entered the 2010’s I pivoted once more into the London Screenwriters’ Festival, building the biggest and most empowering scriptwriters gathering this side of any damn place you choose! And then there is also Create50, my attempt to fuse the screenwriters festival and filmmaker communities. Through Create50 we made two films and published six books, including 50 Kisses, and the books in the Twisted50 series. And then I also trained to become a certified firewalk instructor!


And through these times I colaborated with amazing people. Some of who became lifelong friends, others who were the right fit for the right time. All of them AMAZING. You know who you are. We did something amazing together. And that’s a thing. Gen, Jon, Cathy, Eddie, Cara, David, Lucia, Linda, MTB, Judy, Simon (s), Maureen, Oli, Gail, Bob, Savannah and so mony others.

Now in the 2020’s, in an actual post apocalyptic world, I stand at yet another crossroads… or more accurately for me, I find myself in the Red sea.

The Red Ocean and Blue Ocean analogy is one I heard recently that really resonated with clarity. It felt bang-on for where I found myself. Though I prefer to call it a sea than an ocean.

In short, the Red sea is where there is massive competition and it’s cut throat. Hence the blood red sea.

The Blue sea is where innovation happens. A place where, at first at least, if you can build something that works, competition is minimal or even irrelevant. For a time at least.

As I look back at the three major era’s or my life, I can see I began each of these in the blue sea, and over time, those seas became bloodier with increased competition.

It’s a distinction and pattern that fits the way I have operated my entire life. I wish I had understood it two decades ago, I could have avoided so many dead ends.

It’s not like I have abandoned those adventures from the past too, I still make films, write books, run events…

But deep down know that I need a new exploration and adventure into the unknown. The blue sea that is beyond the horizon of the Read sea beckons me. The Blue sea where I am usefully out of my depth.


As May 31st approaches and the premiere of The Impact, of which I am immensely proud, I am aware that afterward I will be able to take a breath. A break to consider which odyssey I could choose next.

It’s something I think we should all do every so often, lest we discover ourselves trapped in the comfort of our well evolved patterns. Patterns that so often lead us down pathways away from adventure and risk.

Crypto. Web 3.0. Twats (a lovely term I heard for a new employee who insists on only working Tuesdays, Wednesdays And Thursdays – their term of course, and I don’t endorse, but it’s the ‘work less’ and ‘work from home’ cultural shift that I recognise), the impact of climate change, Facebook and other social media in decine, and so much more.

Looking back at the 2010’s I am staggered at how I thought everything would kind of, you know, just carry on.

That’s the myth of permanence right there. Yesterday was like today, and will be like tomorrow. And before you know it, a decade goes by.

For most of us, we need to engineer daily changes, small as they may be, to make consistent change.

Some of us are bold enough to self inflict radical change.

All of us at one time or another will experience unexpected catastrophe that will cause radical change. Covid was that on a global scale for many of us. And radical change has occurred.

I guess I am inviting you to your own exciting new journey too. To consider what the next era could be for you? To not fall back into old, safe and mundane patterns. Maybe just be a bit more like Christiopher Walken and dance with destiny a little more.

I get it, that’s kinda scary. No, really, not kinda. VERY scary.

I feel it too.

So for me, what will this new journey look like? Well I have some ideas up my sleeve. And I also need a rest first (I remind myself here that the journey ahead rarely allows a rest, or it would not be an adventure, so while I want one, I suspect it won’t come!).

For now though, I am enjoying the much awaited summer sunshine and the feeling of the blood red tides as they wash over my feet. I am no longer participating in these blood sports.

The boat is being built, my colours firmly nailed to the mast. And I contemplate what awaits in the blue seas beyond the horizon.

Footnote: I realise after reading this, I have experienced my call to adventure on a classical heros journey. As such I have also been consulting with all my trusted mentors already, and I can sense the crossing of the threshold ahead… My heart is begining to race…

PS – Tickets for the premiere are now on sale at www.Impact50film.com

Has The Guerilla Filmmakers Handbook helped you make YOUR film? I want to hear from you...
Micro Budget Film Making Law Number 8… Get A Single Shooting Location To Fulfill Multiple ...
What game are you playing and who are you competing against?
Ted Hope and Ed Burns discuss the value of failure in the creative journey
Get a job in Hollywood... detailed insight into the dream factory
Mankind Is No Island, Interview and Film
The Final Draft Meteor Award Has Arrived… and it’s OUT OF THIS WORLD!

2 Responses to And it was all going so well… Or was it? Filmmakers, Screenwriters, Creatives… Are you operating in a Red Sea or a Blue Sea?