Every so often we experience magic.
Actual real world magic. Not a trick. Not supernatural. But awe inspiring scientifically backed up magic.
I just opened the box containing the Meteorite that the Final Draft have so kindly sponsored for the Best Script Award at the Impact50 awards.

And yes, sorry for the strong of clichés, but it is out of this world. An award for a shooting star. Star stuff and Carl Sagan would call it. 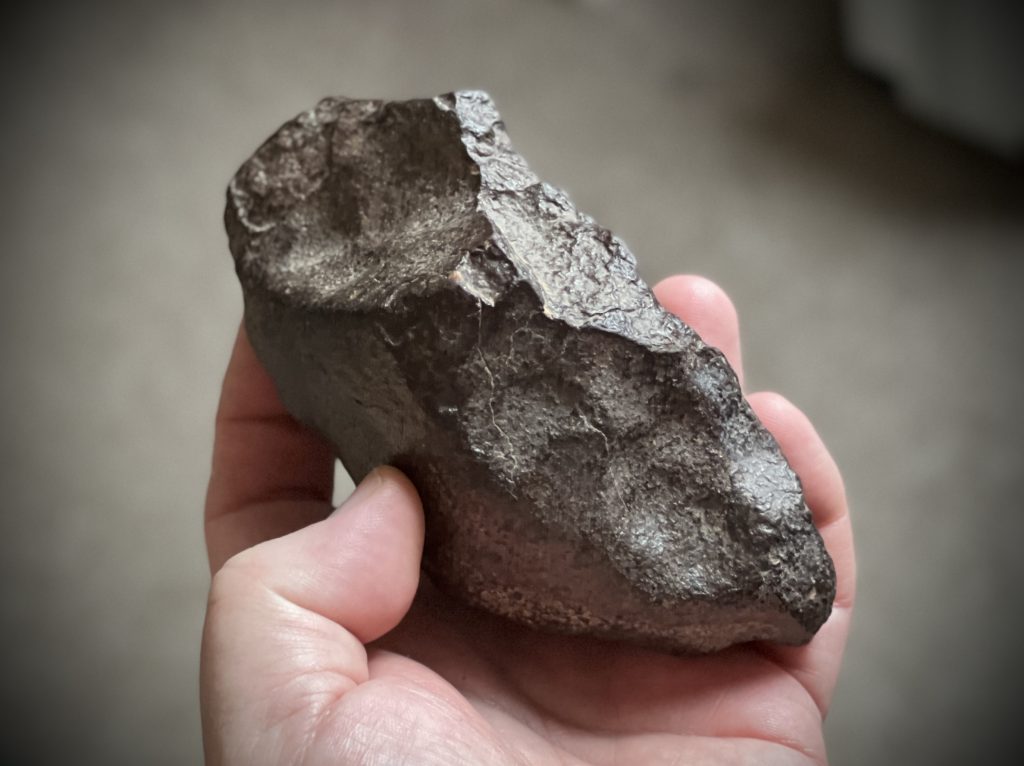 It’s formed from the fusion crust as the dense, mainly composed of iron, super heated and burned as it entered the atmosphere. You can see and feel the texture of that superheating and burning in the surface of the meteorite.

It’s heavy. It’s massive. And as soon as anyone sees it and knows what it is, they want to hold it. And when they do, their face lights up in a kind of awe. They are holding a visitor from space!

On May 31st the screenwriter who wins the Best Script Award at the world première of Impact50 will walk away with what I consider to be the best screenwriting prize on planet earth.

You can still get tickets for the red carpet premiere and awards on May 31st HERE. Please do join us and bring a friend or six.

Reviews of the film are now starting to appear and I will be sharing what reviewers are saying about the film soon as I can. And Impact50 MUST be seen on a huge screen with HUGE sound too.

See you on the red carpet!

The Impact50 Trailer Has Been Launched… Get involved and make your micro-budget apocalypti...
Watch the Behind The Scenes From The President Speaks Shoot in the Oval Office
Impact50: The Final Cut
The Watchers: Our Long Journey Into Space for #Impact50
Grading The Impact with DaVinci Resolve
Want a copy of the Impact50 Poster?
Want a copy of the Impact50 Poster?
And it was all going so well… Or was it? Filmmakers, Screenwriters, Creatives… Are you operating in a Red Sea or a Blue Sea?