By Chris Jones on September 27, 2022 in Inspiration, investors 0

I’ve been a member of the Chris Jones/LSF tribe for several years and I’m grateful to all of the networking and peer support opportunities. I wanted to do a post that might add some insight. I’ve struggled a bit here as it’s such a complex process but I’ve highlighted my 5 key areas. Any of you have any additional questions feel free to reach out via website or socials.

After writing several spec screenplays although a couple had been looked at by Commissioners and Producers sadly none of them made it across the line. I felt like I had a decision to make. Keep trying and move on to the next spec. Or become a Producer. It was with a degree of reluctance I decided to move into production. The purpose of this post is to encourage those of you who have experienced similar frustrations with your spec scripts.

Most of you will continue trying to find a Producer for your screenplay which is fine of course, but some may have an entrepreneurial itch you are inclined to scratch.

If you do fall into that category, I’ve broken down my 5 key areas to consider:

Script
I had made the decision to produce prior to writing DREADED LIGHT so knew I wanted to keep the numbers of characters and locations to a minimum. This was a big focus and helped me throughout the writing process keeping it tight and compact. This was done in the knowledge that everything I wrote I would also have to pay for.

Investment
No silver bullets or short cuts here. I put together an investor outline and started networking (and cold calling). You don’t need to have any experience selling and/or asking people for money you just have to accept if you don’t do it the project will fail. There are lots of resources out there sample pitch decks and outlines etc.

Passion
Whatever story you land on make sure it’s something you feel VERY passionate about and have a major connection with. If you don’t you’ll likely run out of gas. Also prospect investors and creatives get a sense of this and will be more inclined to join you on the journey.


Cast and Crew
Forget about names (I wasted too much time on this area) go to your local theatres/screenings and find the talent you have on your doorstep. The reality is you can’t afford to search further afield. You’ll likely be amazed how many talented, enthusiastic and experienced cast and crew prospects you have in your local area. It will take time but you’ll find people who are looking perhaps to step up to the next credit level, connect with your passion and idea, or just love making films.

Comfort Zone
My wheel house was the writing of the script. I consider myself a Writer first and foremost. The Producer aspect is exhausting and time consuming but I found it to be mostly common sense. I had Directed stage plays so wasn’t completely new to Directing. This was my first feature film as a Director though. Unbelievably the first time I set foot on a film set was as the Director. It was intimidating and scary. Everyone on set was more experienced than me and seemed to know exactly what they were doing. It’s like standing in the middle of an orchestra without an instrument. I was honest and up front with the team I didn’t try to blag it or be a smart arse. It made the process more time consuming for some of them but they were mostly supportive. 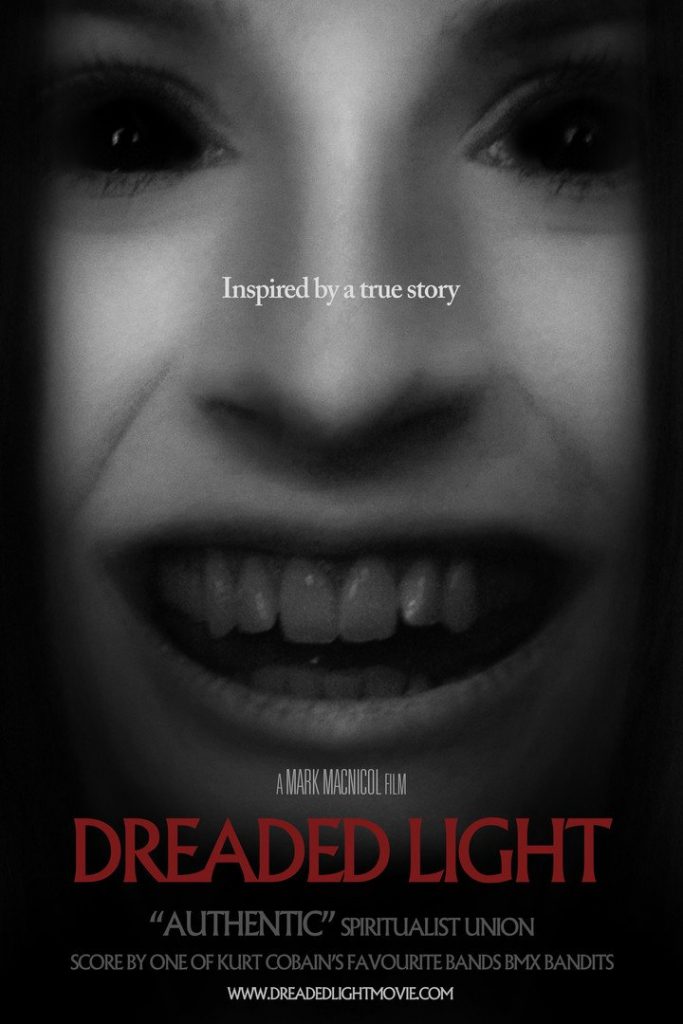 Conclusion
After fifteen years in Theatre and Community Arts I can honestly say this project has been my most demanding to date. What it hasn’t done is put me off and I’ve already made a start on taking the lessons learned into my next feature.

We all find our own way and I can only speak to my own experience. I’m glad I stopped waiting for the phone to ring and became the one making the calls.

Request
If you manage to watch the film please give us an IMDB rating and post a review on Rotten Tomatoes or Amazon they really are a big help.

Stephen King and George RR Martin in conversation... Seriously!
Top Ten Quotes for creatives by Steve Jobs
The future of the British Film Industry is in YOUR hands, and not in 'THEIR' hands...
The FIVE reasons your career is held back… and how to fix it
The Top FIVE Steps To Getting Your Film Funded
Can AI Topaz Labs SD to HD up-scaler significantly improve old video and film footage?