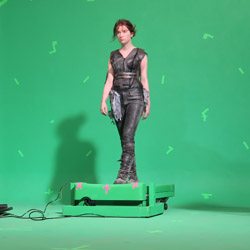 I recently saw a staggering short teaser for a sci-fi epic called KIDDO and made on a shoestring with tons of love. I asked the filmmaker Tito Fernandes more about why and how he went about it. Q – Why did you choose to make this epic sci-fi short?  Tito – First of all I […] 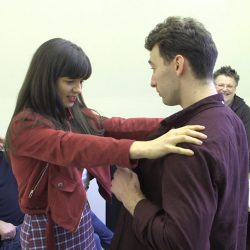 Actors are extraordinary and courageous. I just spent a day casting a film we are making in a few weeks time and saw scores of for several parts. I will be posting more on this next week but I wanted to share two insights that struck me, one about writing and directing, the second about […] 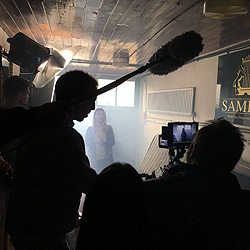 In just over 100 days, the Impact50 filmmaking challenge will close. The closing date is April 30th at midnight UK time. Can you make a short film from a two page script about the end of the world? If so, invest a weekend and become part of the Impact50 feature film challenge. Teams from around […] 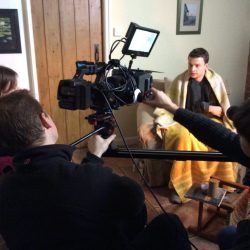 By Brian Barnes I have a confession to make.  I’m a terrible producer.  You’d think that after making films day in and day out since 1987 I’d have learnt the one key skill a producer needs.  But, no – still no further along that road.  That key skill?  Raising money. That means that, as a […] 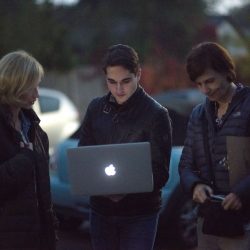 I had worked with director Chris Jones previously and he called and asked if I was available and explained that there would be four days of principal photography with an additional pickup day later in the process. We would finish editing an episode a week, then grading and mixing later in the week for our […] 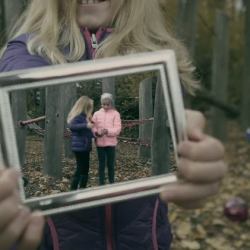 This short is a FANTASTIC example of what makes a successful film and filmmaking team. Emma is a creepy 15-second horror film, created by director Daniel Limmer of Nemada Film Productions that won first place in the international 15 Second Horror Film Challenge. What can we learn from this short? Got to be in it […] 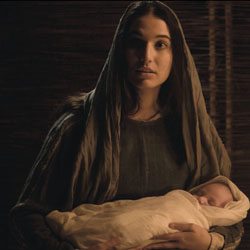 I asked DP Don McVey to share how he lit the recent series of short Xmas films that I directed – essentially recreating both the first century nativity as well as a modern day Xmas, all on a micro budget. Here’s what he just posted for us… I was recently DP on a series of […] 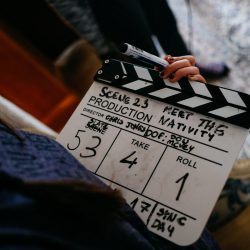 Episode three of our Xmas Nativity film that we made for Speak Life has just landed. You can watch it above. Onwards and upwards! Chris Jones My movies www.LivingSpiritGroup.com My Facebook www.Facebook.com/ChrisJonesFilmmaker My Twitter @LivingSpiritPix Sign up to my mailing list for updates on events, books and free film making tools 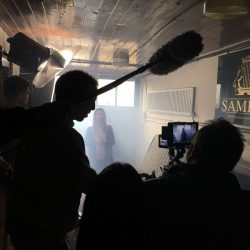 Impact50 is the latest feature film project from Create50 whose last film, 50 Kisses brought together several thousand creatives, writers, actors and filmmakers globally, the feature film ending up on the big screen and also entering the Guinness Book of records! How does it work? We have 50 cracking scripts, all around two pages long. […] 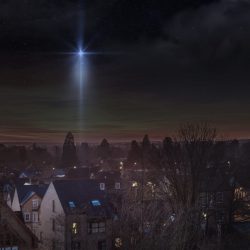 Last week we premiered the first of four Xmas films we made, that film, episode one, is about to sail past 200k views. Here for your pleasure is Episode Two, The Girlfriend. Expect a blog soon by DP Don McVey about how we created the Nativity in the most extraordinary of limited conditions. Onwards and […] 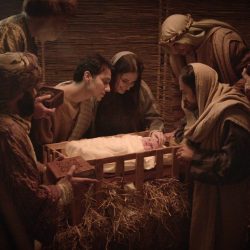 Over the last few weeks we have been making a Christmas film, commissioned and funded by Speak Life. It’s kind of what would happen if Meet The Parents bumped up against actual first century Nativity, set in Richard Curtis World of London. Episode one just went live (watch on this page) and has at this […] 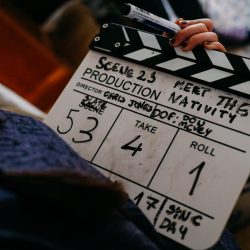 By Chris Jones on November 28, 2017 in Inspiration, Production 0

Every time I have embarked upon a major project, bee it a book, web initiative, festival or feature film, I choose not to engage with the enormity of the project until I am almost there. You see, if I think about it too much, I will conclude that it’s quite simply impossible. And in many […]

By Paul Archer In my experience with drone cinematography I have noticed that there’s a standard set of moves which deliver the best cinematic results. These 5 simple moves should not only be the basis of your drone shots, but they can also be used successfully in professional creations. Before I list these for you, […] 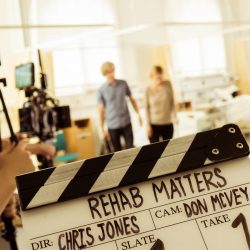 Watch this short film we made about healthcare and rehabilitation. Earlier this year we shot this lovely short film about recovery after stroke, accident or other trauma. It’s called Rehab Matters and was cast and crewed largely from the team, cast and crew who also made ‘Seeing Him’. We shot the film over two days, […] 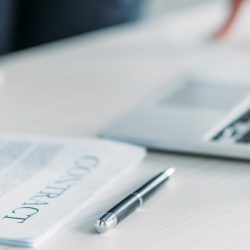 What EXACTLY will you need to deliver to your sales agents in order that they can sell your film? We just ran the hugely successful Film Distribution Summit and as part of the weekend, we discussed sales agents delivery lists. I said I would share a list and here it is – this is by […] 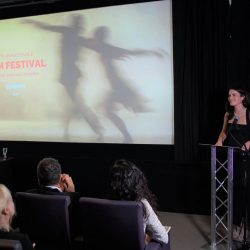 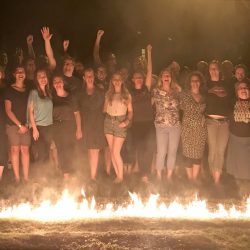 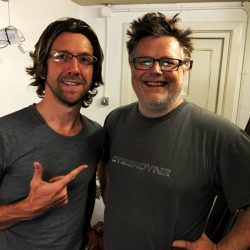 Yesterday I recorded this excellent podcast with Giles Alderson and Christian James for the FilmMakersPodcast – we did it in our store room at Ealing studios which is remarkable acoustically dead. We chatted about filmmaking tips and tricks, screenwriting strategies and about being a creative. Give it a listen below. Onwards and upwards! Chris Jones […] 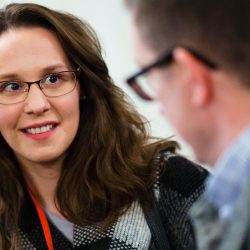 This is just one tip I picked up from Bob Schultz when I was on his one day masterclass on pitching, creating relationships with producers… When you meet anyone powerful, and you have any kind of meaningful exchange, setup a Google Alert in their name that night (not the following day as you will likely […] 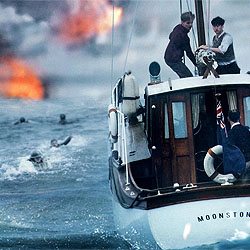 There are many ways in which a film can make huge dramatic gains without maxing out the budget. If you are making a low budget horror (and I have made two), and if everyone involved is on the same budgetary wavelength, then why not work with your composer to utilise ‘The Shepherds Tone’ so successfully […] 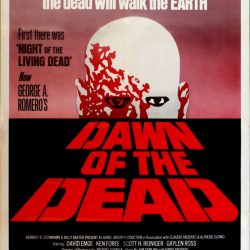 As a kid who loved horror films, seeing ‘Dawn Of The Dead’ when I was WAYYYY too young, on a scuzzy VHS tape down at my friends house (cos this family had the only on VHS player in the road), is an event seared in my memory. I was shocked, stunned, upset, excited… I felt […] 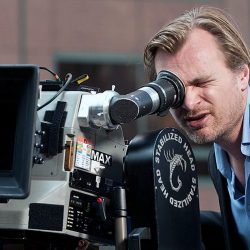 In the week that Dunkirk hits the big screen, I thought I would share some of Chris Nolan’s most inspirational, educational and resonant quotes. If you enjoy these, check out the interview we did with him and his wife and producer Emma Nolan BEFORE they were a big deal (just after ‘Following’) HERE. “Breaking rules […]

Continue Reading
By Chris Jones on July 7, 2017 in Premiere, Seeing Him 0 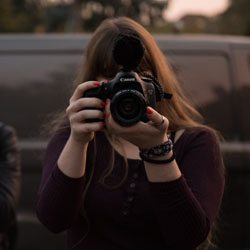 Stills for your film or project are essential. Human beings are image driven and as the saying goes, ‘a picture speaks a thousand words’. It’s so frustrating then that all too often I help filmmakers or see projects where fundamental errors were made when gathering photographs to support the inevitable marketing. This is not an […] 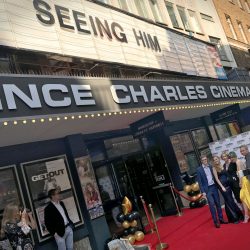