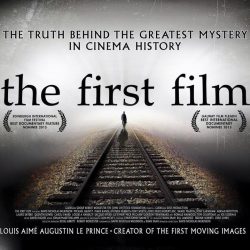 Last week ‘The First Film’, a documentary that I co-produced, premiered at the Edinburgh Film Festival to some acclaim. It’s about the mystery behind the inventor of the moving image, Louis LePrince, who he has never been credited with its invention. Why? Because as he was about to unveil it, he disappeared dramatically. Murder? Suicide? […]