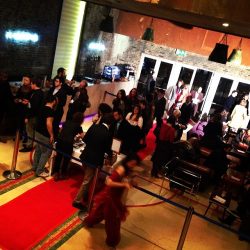 I have made many films, including four feature films and one Oscar shortlisted film (pic right, from the 1998 premiere of my feature film Urban Ghost Story) Every one of them has had an ‘event’ premiere. I highly recommend you do the same for your film too. A few weeks back I held the premiere […]