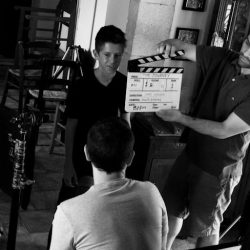 By Lance Nielsen Back in February of 2012 I contacted Chris Jones, a friend, whom I had not seen in some time with a book publishing question. I had been a writer / director mainly in Theatre for some time at this point and had been attached to do a feature film which found its […]