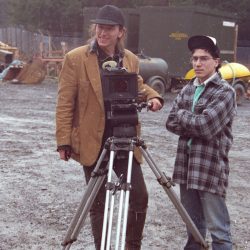 I just head that my old friend and filmmaker Johnny Kevorkian has died. I met Johnny when he worked on our first film, The Runner, in the spring of 1990. The production was crazy wild, we had so little idea what the hell we were doing! Johnny was around 16 and became the grip, in […]