By Chris Jones on December 21, 2010 in Courses, Screenwriters Festival 0 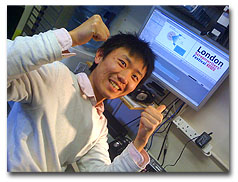 As you may know, we filmed many of the seminars, workshops and panels at the London Screenwriters Festival, which was no small task I can tell you! Four teams, 9 HD cameras, four sound kits and four sessions a day… And that’s just the shooting! Then there was the post production. But the good news is that Chris Huang who offered up his services as editor (in order that he learn how to cut on Avid) just completed the final edit. It took him two months to complete!

We decided to share one of the sessions with you, Phil Parker on Writing For The Digital Age, to give you a snapshot of the festival. You can watch it above. You will already have been emailed a password if you are a member of our newsgroup. If not, you can get your password right now by signing up below. You will then get access to three other great interviews and seminars.

Here’s how the session was described…

Phil Parker looks at the skills of short film, and series, writing, and how they have become the essential writer’s foundations for the future.

From web series, mobile downloads, and games, TV series and feature films how does a writer write in the new digital opportunities world?

‘I loved what Phil had to say and in fact he solidified what I knew, in that the digital web platform is a way to tap into not only diverse creative projects but financial gains’
Kristi Barnett

‘I think Phil did an amazing job of clarifying how to create original content and make it work in short form. And of course the repetition of several video’s featuring a popular ‘character’ can catch on quickly. I think in future I’ll definitely be looking towards making content that has more potential and writing scripts ready to sell to others capeable of creating that content as well’
Leilani Holmes 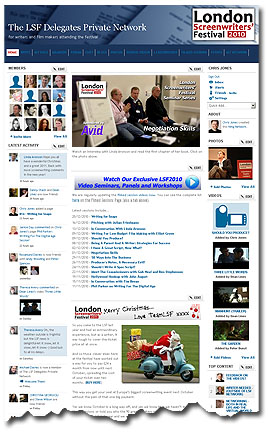 We are still running our Xmas offer for the London Screenwriters Festival 2011 which is £24 a month for ten months (the festival running next October). If you sign up now you also get full access to the delegates private network, which includes many of the filmed sessions from 2010 (more being added each week). You can sign up for LSF 2011on the main LSF page.

Remember, this offer will close in January and the price will go up once the Early Bird registration period has ended.

OK, we hope you enjoy the Phil Parker session as much as our delegates did.

The power of disconnecting from reality to reconnect with the dream
How we find the truth by telling lies
There is no conspiracy to keep good writers out of the industry
A Masterclass In Microbudget Film Making - Interview with 'Paranormal Activity' writer and...
‘Roger and Me’, Interviewing Roger Corman at the Great American Pitchfest, full Podcast
What is happening now is less interesting than what may happen next
What will you be watching on Christmas day?
Why do we make films? Watch this short film and feel the magic… (switch to 720P and watch full screen!)