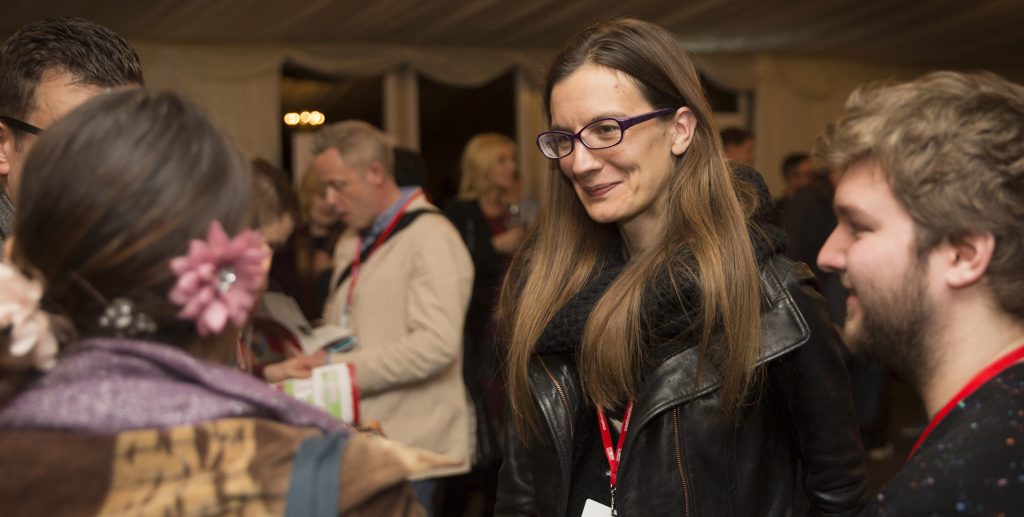 Talent is great but relationships get you hired.

I offered this advice via Facebook to a filmmaker friend today who was frustrated after applying for a mountain of jobs (mainly in TV production) and getting virtually no traction, let alone interest or meetings / interviews.

Film and television is a highly social business and this aspect remains one of the biggest hurdles for all but the most gregarious of creatives.

My friend and editor, Eddie Hamilton who is now cutting ‘Mission Impossible 5’, always impressed me in his earlier years when he invested all his time inbetween jobs in meeting people or shoring up old relationships.

He would call them and ask if they could have coffee… And usually one of those chats led somewhere. If not, the relationship was made or consolidated and it could still bear fruit down the line.

It’s all about planting seeds that may one day grow into opportunities.

It’s rare that the opportunity comes from the first meeting or connection, so let that go. Instead, form meaningful relationships.

Above all value the relationship over the opportunity
I have seen people who are shooting stars fizzle away and the least promising rise to great heights. You NEVER can tell who will or will not go places… and there is a LOT of time and opportunity between ‘now and then’. So value the person and not what they can offer. In my experience, the creative industries are all about last person standing. So when many have dropped away, you will be left among a select few. Build the bridges now, you may need them tomorrow OR in ten years time.

Bring gifts
Even celebrities who have everything get excited about SWAG bags. So bring a gift, whether it’s fresh coffee or sweeties, bring something small but well thought out. It need not be expensive and it should be offered ‘off hand’ and never with significance or an implied debt. It’s kind of like ‘breaking bread’.

Be Human
Meet people face to face and create a relationship based on actual human interaction. So not on the internet, but actually in the real world. The difference is staggering and in this online age, we often forget the power and benefits of a actually meeting.

Be remarkable To Get Attention
There is sooooo much competition, you need something remarkable in order to grab attention. The best one I ever heard was again my friend Eddie, who sent a Kit Kat with his application and the words ‘Give me a break’. It got him the meeting and he got his very first job in film and TV.

Make a real connection
So it’s a given that you are talented right? But then, so many other people are too. So how do you stand out? There are many ways to build interest and rapport, but by far the simplest and most effective is to be enthusiastic and positive (and researched). Listen more than you talk. Give the people you meet ‘significance’ without pandering to them. In other words, leave your ego at home so theirs can have plenty elbow room.

Follow up
After meeting people, follow up with a message immediately. This second connection should be short and sweet, but it builds a strong anchor in the mind of the person you just met. Then follow up every so often so that you remain in the consciousness of a person. Over time, this is much more work than you would imagine, but most people I know who are successful will prioritise cementing relationships.

Do what you promise
And do it on time… So many people make agreements and then fail to deliver completely. If you say ‘I will send it to you…’ DO IT! Right away.

Create as many relationships as you can
This is a numbers game. Take every opportunity you can to meet with and ideally work with every person you can. Again, you never know who will make it so try to connect with as many people as possible.

Always help everyone you can
There is a basic human rule that we wall understand.  If you help me, I owe you. And owing a debt to someone creates a powerful relationship. There’s no need to remind people that they owe you, if they don’t remember, you don’t want to work with them as they are likely people who take take take. Better to let them drift away.

Get out and network
We all know we should do more of this, but networking (not online) really is the tent pole that holds up all creative industries.

I will see you at the bar.

A filmmakers and screenwriters guide to networking
A Career As A Film Editor: The Strategy and Tactics for Success

Top Quotes from spectacle-meister Cecil B. Demille
Life is occuring…